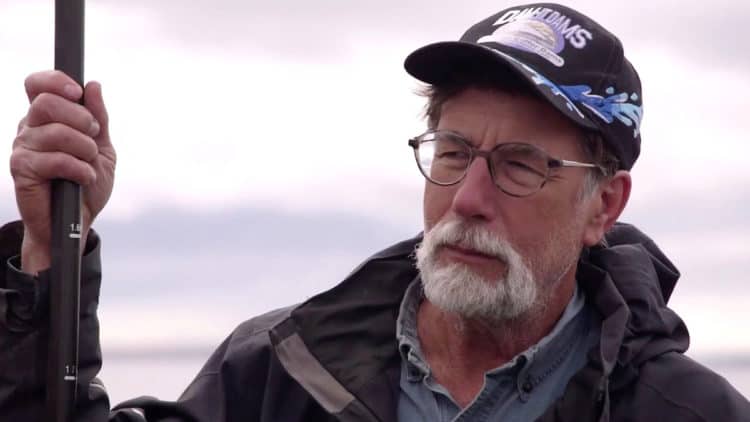 Somehow, The Curse of Oak Island has managed to make it to Season 7, which is rather remarkable to say the least. In part, this is because the stars of the show haven’t managed to find the titular location’s fabled treasure in spite of the season after season that they have spent on their quixotic quest. However, it should also be noted that the Lagina brothers are far, far from being the first treasure hunters to set foot on Oak Island, meaning that their failed expedition is no more than the latest in an entire line of failed expeditions. Still, the fun of The Curse of Oak Island is more a matter of the journey than the destination at the end of the journey, meaning that interested individuals shouldn’t hesitate to tune in if they are still feeling that craving for some good, old-fashioned treasure hunting.

What Have We Learned So Far on Season 7 of The Curse of Oak Island?

Season 7 has just started up. As a result, it is impossible to come up with a perfect prediction for what interested individuals can expect from the current season. However, there are nonetheless some guesses that can be made.

For starters, while the marketing for The Curse of Oak Island has been as bold as unusual, it seems safe to say that the Lagina brothers haven’t managed to find the fabled treasure of the titular location at long last. This is because the filming for each season of the show starts and finishes long before the season is broadcast, which is necessary because the winter months aren’t the best time for treasure hunting in the Maritime provinces of Canada. As such, if the Lagina brothers had managed to find the fabled treasure, it is bound to have hit the news months and months ago because it would be a huge discovery going against all expectations. The fact that nothing of the sort was ever stated means that chances are good that The Curse of Oak Island won’t be making treasure hunting history in the current season anymore than it did in the previous seasons.

Instead, interested individuals can expect to find the usual kind of shenanigans to keep the show watchable. One example would be the reveal that there is a new partnership with a local landowner, which is presumably meant to provide viewers with a smidgeon of hope that improved access to the region will increase the chances of the crew finding something meaningful this time around. Another example would be the statement that the crew would be returning to the swamp as well as the Money Pit for the purpose of following up on potential leads, which is a rather nice way of saying that they are planning to explore places that they and their predecessors have explored many times before. On top of this, some of the marketing for the current season has made mention of the supposed legend that seven men will die before the fabled treasure of Oak Island will be found, which seems to be a useful method for injecting a bit of ghoulishness and thus a bit of watchability to the whole thing.

Regardless, the big reveal is that the current season will be focusing on a sunken ship that may or may not exist in the swamp. It remains to be seen whether this particular lead will take up the whole of the season or not, but what promises to be even more interesting are the theories that the show will propose in its unflagging effort to maintain viewer interest. After all, The Curse of Oak Island is the show that has had people proposing that the fabled treasure could be everything from the Ark of the Covenant to the lost works of William Shakespeare. This kind of thing isn’t particularly uncommon in the fringes of history and the related fields because it turns out that when people are willing to believe in one kind of wild speculation, they are likelier to believe in others as well. However, what makes them interesting is that they can be a lot of fun to listen to even if they happen to be complete and utter nonsense.

Of course, the idea of there being a sunken ship promises to provide interested individuals with a lot of entertainment because sunken ships are excellent fodder for all kind of wild stories. To some extent, this is because sunken ships have a powerful association with sunken treasure, which to be perfectly fair, isn’t wholly baseless. This is because while explorers have found a lot of shipwrecks, there are still plenty of other shipwrecks from the whole of humanity’s naval history waiting out there, including some examples that can be expected to contain enormous riches. Besides this, sunken ships are also associated with pirates, thus making for a very natural way to tie them in with whatever it is that is supposed to be buried on Oak Island.

Summed up, it seems reasonable to speculate that interested individuals can expect very similar material from the current season of The Curse of Oak Island to that of the previous seasons. By this point in time, it shouldn’t come as much of a surprise, seeing as how the show has been underdelivering on its extravagant promises time and time again. Never mind how Oak Island is one of the most thoroughly searched places that can be found in the whole of Canada.

With that said, it is worth remembering that the fun of watching The Curse of Oak Island doesn’t come from whether the crew will actually find anything over the course of their expedition. Instead, the joy lies in seeing them engaged in treasure hunting, which was the childhood dream of a lot of people out there. For that matter, while the theories proposed for the fabled treasure of Oak Island are nonsense, they are almost always hilarious nonsense, meaning that they make for a rich source of entertainment as well. Something that combines with the rest to make the show as watchable as it ever was.