Home
Movies
What Will a Justice Society of America Movie Look Like? 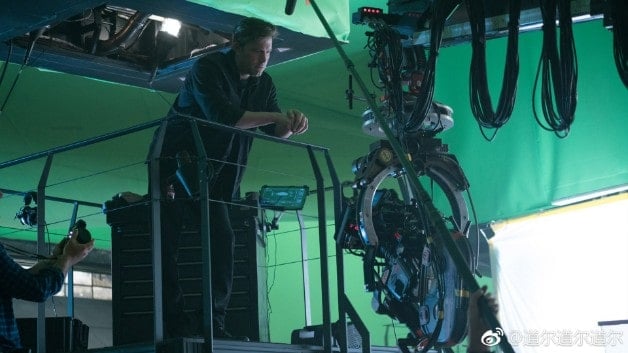 While the Justice League was a poorly-executed movie that almost ended the idea of ever bringing back the heroes that were involved, with a few exceptions obviously, the idea of the JSA or Justice League America, is something that Warner Bros. is seeing as a redemptive way of getting back to the big screen. Quite honestly, Wonder Woman and Aquaman have done their best to bring the DCEU back on track and have done a great job, but putting together another team film seems to be flirting with disaster yet again, though in a way that might be a little worse off than people could possibly understand.

It’s obvious that DC fans will recognize the JSA as the original hero union from way back in the day. They might even recall that the JSA has survived since the 1940s and has gone through a great deal of shuffling when it comes to their roster. Like the Avengers there’s been a long, long list of members that have come and gone throughout the decades, but there have been some truly notable characters that people that aren’t fans of DC might recall, such as Hawkman and Hawkgirl. Others that are popular but not as widespread such as Spectre, Doctor Fate, and even Sandman might be great to see on the big screen, but without a lot of buildup and back story there are a lot of people that are going to be completely in the dark when it comes to the JSA. It would be a great attempt at bringing another team effort to the big screen for the DCEU, but there is one problem that the Justice League found and the DC universe seems to have trouble addressing despite that it’s one of the biggest things that keeps the Avengers popular and relevant.

The teams in the DC universe don’t seem as cohesive as they do in the MCU. Each of the heroes are great on their own and actually seem to be much more effective, but the moment they become a team it seems disjointed and horribly imbalanced in relation to their enemies. This could be why Avengers: Infinity War was considered to be miles above the Justice League, because on their own each hero was still great, but they didn’t have the ability to be as powerful as the DC superheroes. You might find it odd to say such a thing since people want to see the hero win more often than not, but allowing the Avengers to lose in the last movie showed a very important idea about heroes that makes them easier to relate to. It showed that they were mortal, that they could in fact be taken by surprise, and that they could be overtaken by an enemy. The Justice League at this point seems invincible no matter the challenge, which is great in terms of the heroes winning, but seeing as how it took so much of an effort to beat Steppenwolf the first time around (gods, men, Green Lanterns, Amazons, Atlanteans, oh my) it took only six of them to defeat the same person in the modern era, even though he’d blasted through the Amazons and seemingly moved through the Atlanteans with ease.

The overpowering nature of the heroes and the villains in the DCEU is at times kind of hard to take since it means that very few people can possibly relate to such figures no matter that they have tried to humanize some of them. It still seems to be an attempt that is going to take place since the idea is that the seeds of the JSA will be seen in the solo Black Adam movie that will be starring Dwayne Johnson. It’s been stated that Stargirl and Atom Smasher will be making appearances as well. The JSA has already made an appearance on TV but it would seem that people are ready to see them on the big screen.

There are a lot of reasons why the JSA should be attempted when it comes to the big screen since it would open up the DCEU to a lot of fans that want to see the movie and might even convert a few people that have lost a lot of faith in the DC universe throughout the years. The one thing that needs to be stressed in any upcoming DC movie though is that it’s been seen as better to humanize the heroes and villains as much as possible in order to make them easier to relate to and possibly allow fans to really think a little more highly of them instead of simply demanding that they be idolized as god-like beings. The DC universe does have such heroes and villains, but they tend to get overshadowed quite a bit.