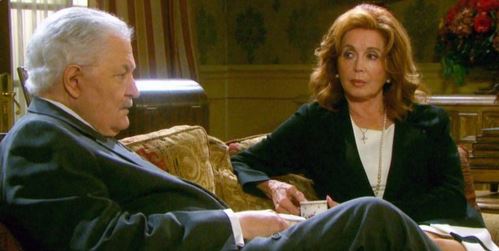 On Thursday’s episode of Days of Our Lives, Salem will see past family moments come back to haunt just about everyone in the show. We’ve been watching as the past returns bit by bit over the past few weeks, and we’ve learned that while you can let go of the past, you cannot truly escape from it when it’s not entirely honest. On this episode, the past is no longer just a wistful and distant memory, but a dangerous one for many of the people in Salem. A long ago decision that put his brother in jail has Victor’s life in danger as his brother is now out of jail. Ava is looking to the past to find a little boy she swears she became pregnant with through Steve. The past is coming back to haunt Hope once again as she is certain she’s covered up her murders — especially after she’s admitted to them and claimed self-defense to the police. The past is not something that any of these people can escape from, but it seems to be most of what keeps the town of Salem as interesting as possible.

Ava is still in a panic. She’s hit Kayla over the head with a candlestick and knocked her out, and she’s been making calls on Kayla’s phone to tell her family she is too busy to get in touch with them while she is in D.C. Except that Kayla is not in D.C. She is missing her hearing and her chance to testify about the heart transplant, and her family hasn’t even realized that she is missing yet. Will Ava get away with this, or will Kayla wake up and want to be released? Will Steve come back to talk more about Joey or the baby that Ava wants to find, or will she be able to come up with something that will help her out of this situation? All we know is that spoilers indicate that this week someone is going to realize that something is going on with Kayla, and since this is Thursday, chances of Ava getting away with this are not all that good. After all, Joey knew she went there.

Poor Belle and Philip. These two cannot seem to get it together in terms of their relationship. They seemed to have more fun than they ever imagined when they embarked up a trip to Las Vegas together, and we even saw them share their first round of intimate moments. It’s been a long time coming for these two, but it almost seems that this episode of Days will mark the end of the relationship they’ve been developing before they’ve even had time to begin a relationship. And it’s all thanks to Claire. Earlier this week we saw her call her father and ask him to come home. He was under the impression that there is something wrong with Belle, and now he’s called her to tell her that he wants to make their marriage work. What? He wanted to divorce her; he was the one that pushed her away and left, and now he suddenly wants her back in the midst of her first intimate moment with Philip? Is he finally realizing that he really does love her, or is he just jealous? Perhaps he doesn’t really want Belle in his life, but he also doesn’t want anyone else to have her. Whatever it is, his motives are met with suspicion by fans who know this couple and everything they’ve been through. Here is hoping that Belle will make a decision that makes her happy rather than one that makes everyone else happy while she sacrifices her own — again. 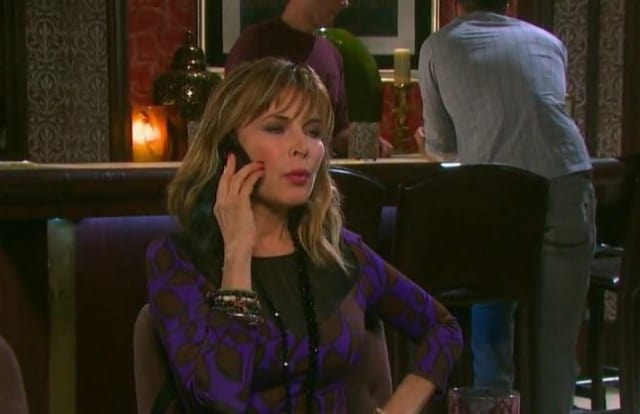 Hope and Rafe have shared a wonderful kiss, and it appears that Hope is falling for Rafe. He’s already in love with her and we’ve seen his feelings blossom like crazy recently. However, we don’t know if this will work out. Andre has found something that he considers shocking and telling at the mansion, and it seems to be something that makes him feel as if he might know what happened to Stefano. We already know that Hope killed him and that she and Rafe covered it up, but with Andre on the case, no one can just sit back and relax without wondering what will happen next.