Home
TV News
What Will We Potentially See in Raising Dion Season 2?
Prev Article Next Article 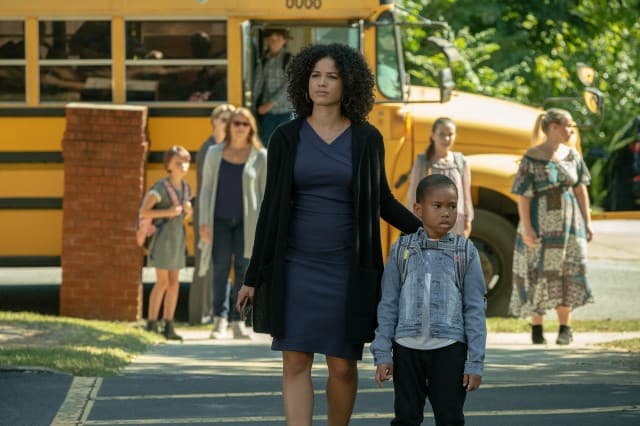 One of the things that Q.V. Hough of ScreenRant has already stated is that we can expect the second season of Raising Dion to take a while to emerge since Netflix hasn’t even given the green light as of yet. Positive feedback concerning the show however does seem to indicate that this will happen so there aren’t any big worries there. Folks have liked what they’ve seen from the show thus far and that’s usually good enough to warrant a second season given that people want to know how things turn out. Dion is by far and large a part of the budding generation of superheroes that have yet to really step into their full ability and become the worthy successors to those that have come before, as we’re seeing happen in many different ways. Plus, the emphasis is on Dion as the super-powered individual, but there’s also a good bit of attention being placed on his mother, Nicole, who has to raise a son on her own since her husband is no longer there thanks to an unfortunate accident. So in effect this isn’t just about the young hero, but the method by which he’s being raised and will be taught to become a good man, hopefully. Thus far it would seem she’s doing everything she can and is coming out on the winning end, but there’s a long road ahead of her and Dion, and it would seem that there are plenty of challenges that remain if the show continues to perform in the way it’s expected.

There’s a definite need for a showdown in the second season since Pat was already revealed to be the Crooked Man and he should hopefully be in the rear view for season 2. The storm will no doubt still be one of the main issues to be dealt with, and the many cliffhangers mentioned by Gretchen Smail from The Guardian might need to be addressed as well if the series has any hope of going on to a third season. The fact that this show is being told mostly from Nicole’s vantage point is an interesting bit since it speaks more about what it takes to raise a superhuman than it does to be one. A person could say that Dion is a bit impulsive with his use of power but at the same time he’s a kid and impulse is a lot of what keeps us going at that age. After all impulse is a big reason that Brightburn turned out the way it did since Brandon wasn’t yet mature enough to quell the rage he felt at slights that many adults could let slide off their shoulders. It’s easy to wonder what might happen if Dion ever became truly upset and didn’t yet know how to deal with the emotions. Something seems to indicate that calming him down wouldn’t all that easy, but if anyone could do it then it would be his mother.

One prediction is that we might see glimpses of Michael B. Jordan as Dion’s father again, perhaps in flashbacks or visions of some sort, but considering that Jordan has such a busy schedule it’s not likely that he’ll be too involved with the show. At this point any other predictions seem kind of far out and too vague to really bear any accuracy other than that which his gained from wild and outlandish theories. As the next season grows nearer there will no doubt be more to say on this subject and the theories will begin to tighten up as facts and conjecture are either tossed aside or verified in order to really tell just what can be expected to happen. The story of Dion and Nicole is going to be one that many feel is necessary since it’s not only increasing the diversity within its genre but is giving a new look at something that we tend to take for granted since if you look at it, a lot of superhero movies will focus entirely on the hero or the villains and won’t give as much thought to those that attempt to help them through life or torment them in one way or another. In this story Nicole is the main focus at the moment while Dion is the star but is still developing and coming into his powers, which worries his mother constantly and leaves her wondering just how she’s supposed to provide for the both of them while at the same time holding down a job and dealing with real-world problems. In other words it’s a story that people can relate to just a little more and it’s grounded just enough to let people see a struggle that might be felt by a great many women throughout the world. Season 2 is still a long ways off, but it’s already being anticipated.