Home
Movies
What Would Coyote Ugly 2 Possibly Be About? 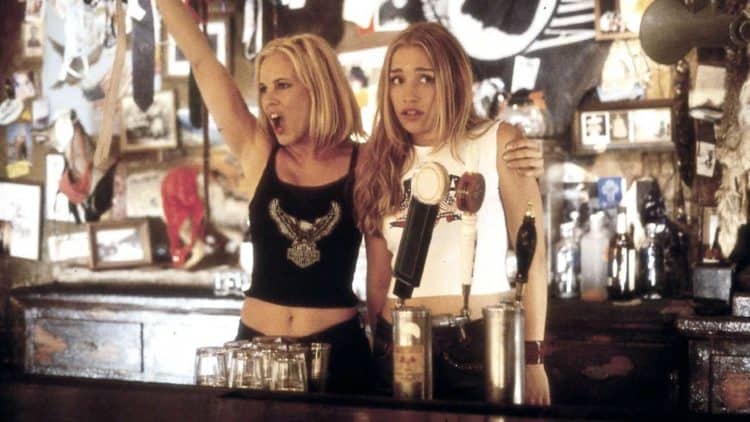 That’s a good question really, especially since anyone that remembers the original movie realizes that Violet had reached her goal, she had her music career, she had the love of her life, supposedly, and she had friends she could rely on. Given the context of the story though, which many people would look at as a sort of feminist lean when taking into account that the ‘coyotes’ were all strong, independent women, it might be that 20 years later things have changed a bit. The hope is that not too much has changed however if the story does finally get pushed since it would be nice to see as many cast members return for another movie as possible. Plus, if there was an issue to be had with the original content of the movie it would no doubt be scoffed at by a lot of people since like it or not, the idea of Coyote Ugly wasn’t entirely about objectifying women, no matter that they danced on bars and made themselves look available. If anyone remembers, the idea was to ‘look available but never BE available’. These were women that were working to help themselves through life, since Tyra Banks’ character was heading off to school at the beginning of the movie, thereby making it necessary to bring on another woman, Violet, to take her place. And yes, she was a fumbling, stumbling mess to start with, but through hard work and ‘pulling herself up’ she managed to make it work.

This feels like a point that was missed in the movie by a lot of people since the whole idea of dancing on the bar for the pleasure of men to get them to drink more and spend more money took precedence. Some people might see this as women debasing themselves in a patriarchal system, but in truth, it was women finding the means to better their lives by taking advantage of the very simplistic nature of men. There’s no shame in it, everyone was having a good time, and when things got out of control Lil had her bouncer, Lou, step in to get things done. That’s not to say that the ladies were weak in any way since they were damned tough as well. But a rowdy bar packed with people can overwhelm anyone when things pop off, as was seen before Violet calmed the mob down by singing. Realistic or not, it was a testament to show that women are indeed powerful and influential, making this movie a little greater since even if it’s not all realistic, it was inspiring and even downright entertaining. Of course, the women dancing on the bar, one of the most memorable points of the movie, was a huge draw, but it wasn’t the whole movie. But what in the world would a second movie be about?

The hope would be that Violet and Kevin might still be together and even possibly be married with a kid, or kids, while Violet’s father would still be around and still be with the pretty, redheaded nurse that he hooked up with near the end of the movie. Plus, it’s still a hope that Lil and her crew would be operating much as they were in the first movie. It’s easy to think that unless it was safe enough that dancing on top of the bar might be a questionable business practice. But maybe part of the story could revolve around the way Coyote Ugly is run, and maybe it could even deal with the idea of third-wave feminism and how some folks might view the idea of dancing on a bar for the pleasure of men, fully-clothed at least. It’s an idea at least, since unless someone is really going to step in and say that there was no such thing as a happy ending then the movie had an ending that was more or less perfect in its own way since life had reached a high point and there was no need to push anyone off the edge at that time. Unfortunately, that appears to be the motivation in a lot of stories that are brought back in this manner since the conflict is needed to make any type of headway when trying to craft a story that people will believe. It’s a bit saddening to think that a tragedy or a bit of drama needs to be injected just to get peoples’ attention, but that tends to be the way things go.

Coyote Ugly is a movie that stands just fine on its own two feet, but tampering with how things might have gone when the credits started to roll feels like a bad idea if only because the characters were given a nice ending that wasn’t perfect, but it was tenable and even preferable than what might be thought up for a sequel.