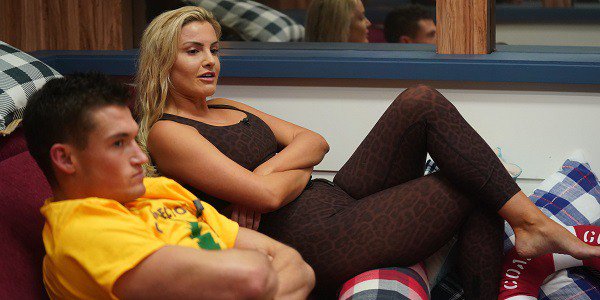 Big Brother is the reality TV show that gets us all glued to our screens. In the 21st edition of the Big Brother, things are getting even better. Julie Chen announced during the July 3rd episode that things are about to change at BB but few took her serious. The introduction of Big Brother Camp Comeback is simply a game-changer in the way things are done. According to Julie, the rules of the game will totally change especially for the first 4 evictees. As we know, once a house guest is evicted, they do not get the chance to stay in the game at all. However, Camp Comeback gives such evictees an opportunity to fight back for their place. It was a shock to the other houseguests when Julie announced that Ovi was not going anywhere despite a unanimous decision to evict him. So what exactly is it about the Big Brother and the new Camp Comeback? Here’s all you need to know.

It is almost like immunity to eviction. When David was evicted, most thought it was the end of seeing him on the show. However, it turned out that the guy will not only be back in the house but will also get the chance to keep playing. Camp Comeback is a way to help the evictees not only to stay in the house but to also get the chance to play the game. Does this mean they are not evicted? No! They stay evicted and will not be staying in the same living space as other guests.

Although they will be under the same roof as the other houseguests, they will not be sharing a living space. Julie explained that the first four evictees will live upstairs next to the HoH room. Although their new residence looks like a shabby cabin, at least they get the chance to stay at Big Brother. What’s more, they get the chance to fight back into the house and may even end up winning the top prize. It should also be noted that they can still enjoy the facilities in the rest of the house. They only have to be sleeping in their cabin-like room.

Well, Camp Comeback gets even more complicated than you might think. The evicted houseguests may enjoy staying in the house and using facilities but they will also miss out on so much. They will not have the chance to participate in competitions, ceremonies or vote. However, they have the chance to continue playing social games. They will continue enjoying house facilities and everyday life. After Camp Comeback is filled with four evicted houseguests, they will get the chance to compete for a slot at the main house.

There have been many battles comebacks at BB before, however, the fact that the eliminated houseguests get to stay in the house changes everything. If the eliminated houseguests stay under the roof, they get to know everything happening in the house, which is an advantage. They are in a good position to form alliances from within the house and make deals with other contestants. It will be interesting to see how the remaining houseguests treat the evictees. The actions of the other houseguests during evictions or after evictions will play a major role in the reality TV show. All the contestants now have to trade carefully not to upset eliminated members since they might come back on the show. Further, all the evicted members will still get a chance to listen to the HoH competitions even if they do not participate. This equips them with knowledge on everything happening under the roof.

David and Ovi are the first beneficiaries of Camp Comeback and are enjoying it. David was voted out by all the houseguests but maintains that he does not hold a grudge against anyone. The situation now looks awkward as he has to stay under the same room with the same people who voted him out. David seems to have issues with Jackson, who he claims was the cause for his eviction. Even with that said, he says he is ready to play and face all the contestants. However, for the two eliminated houseguests, the fun lies in the fact that they still get the chance to play. They are thrilled by the fact that despite being voted out they get to stay in the house. They will be doing their best to stay in the house when the time comes to compete for a slot at the main house.

The Good And The Ugly

There are many good things for the fans to expect from Camp Comeback. First, it will be interesting for fans to watch as egocentric contestants swallow their pride in the way they treat evicted houseguests. This will give fans the chance to see if there will be any change in how eliminated houseguests will be treated. It will also change how people treat future nominees. Most contestants will be treading carefully since no one wants a gang of evictees plotting against them. The good news is that the evicted houseguests still get the chance to get in the main house. It changes the whole game for houseguests, evicted members and the viewers. Unfortunately, it is only the first four evictees that get the chance to fight back. This means that we will be back to the routine evictee treatments after the first four eliminations.

Big Brother season 21 is taking the game to a whole new level. Contestants have to change their behavior and behave well even when voting out contestants. The Camp Comeback room gives the evicted members a chance to stay in the house and follow all the house activities. It is like giving your enemy a chance to plot a comeback. They will share the same roof and use the same facilities. Although eliminated members may not be allowed to participate in competitive games, they will still get to hear and know what is happening all the time.