Home
Entertainment
Whatever Happened to Naveen Andrews after “Lost?” 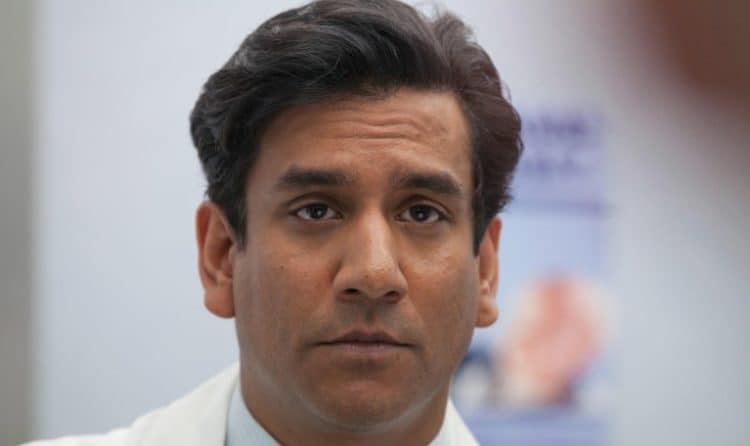 If you’re thinking that Naveen Andrews, one of the many stars from Lost, has been idle since the show went off the air then you might need to check the TV and movie theaters a little more often. He’s been going strong ever since the show was finished and has shown up in some very interesting places to be honest. While he’s not the most well-known actor in Hollywood he does have a certain sense of style that’s hard to deny since he’s just smooth and has the ability to be suave and calm before he gets downright nasty sometimes. Even then he’s more calm and composed than many might be when he really gets into his parts. It’s hard to imagine him going all bug-eyed crazy until you actually see it, and in many instances you won’t see it at all.

He’s just that kind of guy that doesn’t lose his stuff all that often with his characters. It’s kind of enlightening really. Here are a few instances of where he’s just been so calm and composed that you can’t help but wonder how he does it.

Detective Ash Ramsey is hauled in at first as he’s kind of a suspicious character that’s been following around a woman that’s been accused of murder, but when the detectives find out who he is, an undercover law enforcement agent, they have to play the case cool and let him in on their investigation as he has some very interesting information. When it finally comes down to it and the woman in question is being hauled to jail a scene for her benefit is staged where Ash and Olivia are ‘killed’ by an armed group of assailants that then abscond with the woman. The amusing thing is that Finn, played by Ice-T, is the man in charge of the hit and the woman has no idea until Ash and Olivia show up, remarkably untouched and still very much alive as the woman’s plan has been laid out and she’s finally going off to face the justice she just about escaped.

Once Upon A Time In Wonderland

You wouldn’t think looking at Naveen that he would be the perfect Jafar since from what we saw of the character in the cartoon Jafar could lose his wits every now and then if he got good and mad. But then again the sorcerer was usually quite composed though constantly annoyed and did manage to hold himself together more often then not. But think about an alliance between someone like Jafar and the Red Queen and then you might think that this series was already quite full with two characters that could cause a maximum amount of damage with very little effort. After all Jafar has never been the kind of character that really cares about others except when it came to using them for his own ends. Perhaps the devilishly calm Naveen could be the perfect person to play this role, as the evil that Jafar commanded could be so much more sinister in a calm, civilized voice.

This show is actually pretty interesting since the sensates, human beings that are possessed of the ability to communicate with others like themselves over great distances, are constantly being hunted by a government agency that wants to neutralize them. Naveen plays Jonas, a sensate from a different cluster than those that are introduced in the first season, and is trying to help the newcomers that have been awakened to their ability. He, like the others, has to deal with the fact that one of their own, a being known as Whispers, is helping the agency to hunt them down and is very good at what he does thanks to his ability. Jonas is eventually captured and can’t do much else for the sensates, but the show continues on and becomes even more intense as the second season wears on.

So really Naveen hasn’t done an overwhelming amount of work since Lost ended, but he’s been prevalent enough in movies and in TV to be counted as one of the many actors that we should be paying attention to since he’s that good and that fun to watch. There’s just too many actors out there that have that much promise to watch them all and quite honestly it’s a matter of who people like and what they star in that gets them noticed. If you have a wide range of interests then it’s possible that you might be able to enjoy a wide range of actors that strike your fancy. Naveen is just one of those that kind of flies under the radar since he doesn’t tend to get a lot of hype and is just ‘there’ when it comes to his roles in various productions. But the fact that he’s there makes the production a little better since he does add to whatever he stars in.