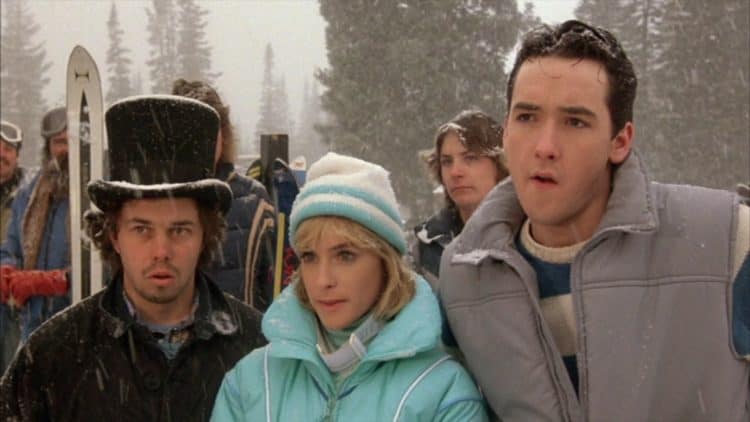 It seems a great time to go looking at older and aging actors that were popular in the 80s and either dropped out or are still on the acting scene today, and Amanda Wyss is next on the list. If you don’t remember her then obviously thinking of Better Off Dead would be a good start, but you might also want to think about Nightmare on Elm Street. She was one of the first teens to get sliced and diced, and believe it or not that archive footage would come back for Wes Craven’s New Nightmare and Freddy vs. Jason. If anything that one movie kind of made her a big hit, but her career is still ongoing since shes still active and was a part of a recent movie titled Triggered, which is an apt name for the current era really. The movie is more or less a slasher flick in which a bunch of teens fake an attack by a notorious killer only to have the killer actually target them in turn. In a way it’s the kind of thing that makes sense in a horror movie, the dumb and insipid act that reminds us a lot of the 80s and few if any people in the movie had a fully-functioning brain when it came to surviving. In truth it’s hard to know which role was really the best between her known movies since in Better Off Dead she plays kind of a faithless blonde that dumps her current boyfriend for the captain of the ski team, while in A Nightmare on Elm Street she plays a promiscuous teen that, as most of us know, is one of the prime targets in any horror movie.

Despite still being around it is kind of hard to say that she’s amassed much of a fortune, but a $600,000 net worth isn’t really laughable to be honest. She’s done enough to live pretty comfortably and continue doing what she likes as she’s been keeping fairly busy throughout the years. One interesting thing about a lot of people that became moderately to wildly popular in the 80s is that at this point in their lives they’re either retired, doing moderately well, or are insanely famous and yet might slip in and out of the public notice. Look at John Cusack, he’s a huge star, and yet he does tend to fade from sight now and again until something great comes along and he hits it out of the park. Curtis Armstrong made a huge deal out of being Booger aka Dudley Dawson from Revenge of the Nerds, and as for Amanda she’s been keeping things steady for the last few decades as her career has kind of hit a plateau and didn’t really go much further but didn’t exactly fade away entirely either. That seems to be how it’s gone for a lot of people that managed to get through the 80s and the 90s, they’ve either hit it big or hit a point where they’re remembered for their old roles and are still trying to keep their name from fading entirely.

So far Amanda has reached that goal as she continues to act, though unlike a number of people in show business it doesn’t appear that she’s done much more than this. A lot of actors will turn to screenwriting, directing, producing, or something to keep them going and keep them more involved, but if Amanda has done any of this then it’s something of a well-kept secret, or she’s kept her status as an actor for one reason or another. To be fair some folks don’t want to get behind the camera while others can’t wait. It could also be that she’s thinking of keeping herself on a low profile at the moment which could explain why she’s not pushing for any bigger parts. It’s hard to say unless she comes out and says it since otherwise we have to go ahead and guess. But the reality is that she’s still acting and she hasn’t decided to retire yet, so there’s always a chance of seeing her again if people are willing to look. In the meantime it’s always easy to go back and see what she’s done and enjoy the old movies that helped her to establish her career. At the very least it reminds you just how she got her start and where she really started coming out as an actress.

The 80s still stand out as one of the best decades for movies for a lot of reasons, but one was that they produced a wealth of actors, many of who are still around and many that are still quite popular. Those that didn’t ride the wave of success all the way to the top are still around though, and they’re still doing what they can to keep their reputation.