Home
Entertainment
Whatever Happened to Anna Gunn after Breaking Bad? 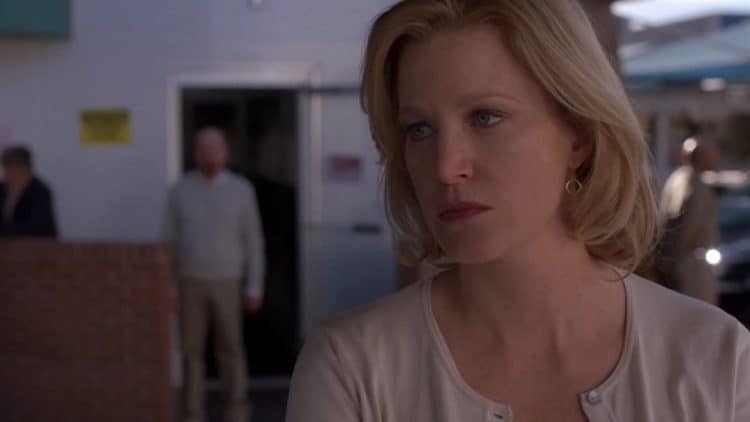 It doesn’t sound as though Anna Gunn is entirely to blame for the way her career has kind of gone downhill following her time on Breaking Bad. What it does sound like is that her career might have peaked at that point, even if others want to argue with this and suggest that she’s still a very talented actress. After all, she did have plenty of clout heading into Breaking Bad, and despite being one of the most hated characters she was still considered convincing enough to win a couple of Emmy’s that prove that she still has what it takes. But following her time on the show very few things have gone right when it comes to her career since she’s been seen on one canceled show after another and her star appears to be dimming slightly. It has been mentioned that she’s leaning more towards theater at this point, but whether or not she’ll continue to push herself to take TV and movie roles is hard to say since she hasn’t been having the best luck in recent years. It’s hard to believe that it would have anything to do with her acting since she’s a convincing actress that had fans of Breaking Bad actually inundating her with hate mail since they disliked her character so much. Yes, it still happens that plenty of people who profess to know the difference between reality and fantasy will still give actors crap about the fictional characters they play on-screen.

In this case though it does feel that Anna has somehow managed to find one non-starter after another as she’s continued to seek out success post-Breaking Bad. Had any of the other cast members found just as many difficulties when seeking out other roles it might have been easy to state that Anna wasn’t alone in her lack of success. But while she has managed to land roles, which isn’t hard to believe at all, she hasn’t been able to really stick those roles as much as anyone else since her fellow cast members have gone on to several roles, in some cases taking up the same roles, to great effect. Bryan Cranston has obviously been a very popular actor since his time in Breaking Bad, but then he was someone that people were bound to recognize pretty easily before he ever hit Breaking Bad thanks to his time on Malcolm in the Middle and several other projects that had made him famous. Right now it feels that Anna is just a victim of bad luck since almost everything she’s done at this point since Breaking Bad has been impressive from her position, but it still hasn’t been enough obviously to keep each project from being panned and canceled or otherwise ignored.

One might ask how that happens, especially when just about everyone else has been experiencing such a surge in their careers, but there’s no conspiracy to it and no other reason save for a run of very bad fortune. Anna is still out there and still getting paid as she continues to take one role after another, but the fact is that she hasn’t really found a character like Skyler that people love to hate or just love in general. For some reason, people absolutely loved to hate Skyler, but some did manage to find a bit of empathy and even sympathy for her considering what she’d been through and what Walt was slowly becoming. Why her career hasn’t taken off at this point and why she hasn’t found another long-running project to act in is hard to say, but there is the idea that some actors simply find that one defining role that becomes the epicenter of their career and is so insanely hard to top that no matter how much they search, they can’t find something that will top that performance and thereby allow the fans to realize that they can in fact do something other than what made them so famous. Anna was a known commodity before Breaking Bad, but thanks to what she gave to the fans throughout the course of the show it feels as though she’s still going to be seen as Skyler no matter what happens, and no matter how hard she tries to break free from it.

It’s happened more than once that actors that have given such an amazing performance can’t find their way back to prominence after the role is over and done with, as they’re bound to be known by that one character until they find a way to dispel the character and get people to think of them beyond the show or movie that made the character so prominent. It’s a rough process obviously since some actors never outlive their characters, but Anna is definitely trying, so hopefully, she’ll come up with another role at some point that will make people forget about Skyler to some degree.