Home
TV News
Whatever Happened to Ashley Taylor from My 600lb Life? 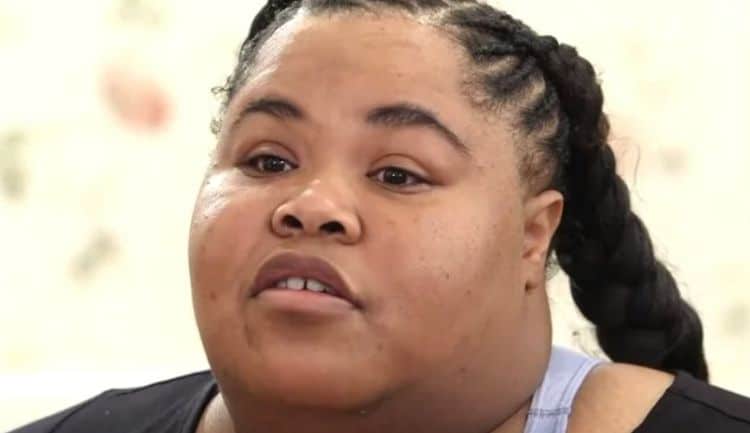 For nearly a decade, My 600-Lb. Life has documented the stories of people whose weight has reached dangerous levels. By the time they’re featured on the show, undergoing weight loss surgery is the only thing that can save them from serious health issues and even death. Although everyone featured on the show wants to lead a healthier lifestyle, it always proves to be easier said than done. Ashley Taylor, who was featured on the show during season eight, is one of the most memorable cast members. At the beginning of her episode, she weighed in at more than 600 pounds. Even doing the simplest household tasks was a struggle for Ashley and she was in constant pain.

In order to get her life back on track, she enlisted the help of well-known bariatric surgeon Dr. Nowzaradan. However, it didn’t take long for her to start resisting his suggestions, and she had a tough time sticking to the diet. By the end of the episode, Ashley hadn’t lost enough weight to be approved for weight loss surgery. It was unclear whether Ashley would be a success story or a cautionary tale. Keep reading to find out what happened to Ashley Taylor after her episode of My 600-Lb. Life.

Weight is something that Ashley has struggled with for almost as long as she can remember. At an early age, food became something that Ashley used to cope with the unpleasant things that were going on in her life such as her mother’s epilepsy and her grandmother’s passing. Ashley was also sexually assaulted which was another incident that caused her to find comfort in food. By the time she was seven years old, she already weighed around 200 pounds. Her weight caused her to be the subject of lots of bullying from her peers and their comments ultimately impacted the way she felt about herself.

Not only did her physical health start to decline over the years, but she faced challenges with her mental health as well. At one point, her self-esteem was so low that she started making fat social media profiles to Catfish people. Ashley’s Catfishing had become such a big part of her life that it eventually brought her to MTV’s Catfish on two separate occasions. After both appearances on Catfish, Ashley was so rude that she has made many people’s list of the worst Catfish of all time. While on the show, she admitted that Catfishing had become an addiction for her in a similar way as food. By the time she began filming for My 600-Lb. Life, she expressed remorse for the people she hurt while Catfishing.

Although she said she was done tricking people on the internet, working on her food addiction proved to be much more difficult. After meeting with Dr. Nowzaradan, Ashley was told that she would need to lose 20 pounds in a month in order to qualify for weight loss surgery. While 20 pounds is far less than most people on the show need to lose, Ashley still struggled. After a month, she’d only lost about 10 pounds. Dr. Nowzaradan suggested she try therapy to address the mental component. Unfortunately, even with the additional resources, Ashley was unable to meet her weight loss goals. By the end of the show, she promised to keep working towards surgery.

Where Is Ashley Now?

Lots of former My 600-Lb. Life castmates have been very open about their journeys after the show. That hasn’t been the case with Ashley, however. Due to her Catfishing problem, Ashley is no longer on social media at all which means there haven’t been any direct updates from her. On top of that, it doesn’t appear that she’s done interviews or any other kinds of public appearances. This means that there isn’t really any information on how Ashley has been doing since the show. Hopefully, TLC will do an update on her through an episode of My 600-Lb. Life: Where Are They Now?

Until then, all we can do is hope that Ashley kept her promise to Dr. Nowzaradan and continued to work towards being eligible for weight loss surgery. As she mentioned on the show, her weight was causing some serious health problems and she was worried that her mother would have to bury her. Getting weight loss surgery would give Ashley a second chance at life and allow her to enjoy all of the simple things she has had to miss out on due to her size.