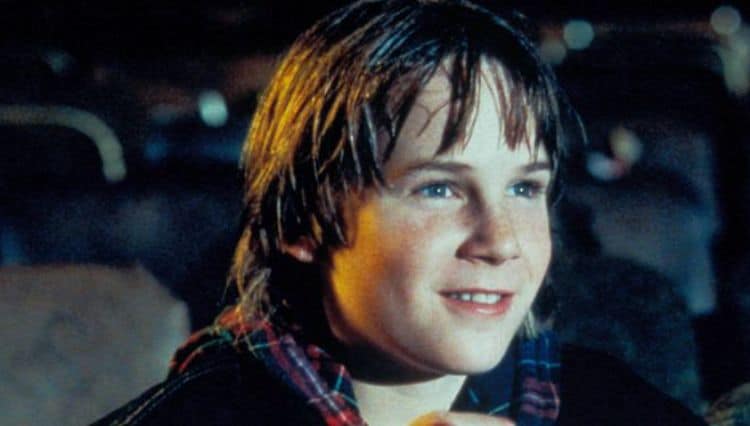 It’s enough to make a person wonder what a kid might think when they start off in show business. Do some of them think that they’re going to be a big star? Are they told that they’ll be the hottest thing on the big screen? It’s difficult to think that anyone looking at a kid is going to state that yes, this kid will be something huge when they grow up. To tell the truth, it also doesn’t feel too likely since the whole idea of putting kids into movies is that they fit the role as far as looks go, and the bonus comes when they can actually be convincing as a character since some child actors have been pretty bad. Austin O’Brien was actually good at what he did though since he played a convincing role in quite a few movies and if you don’t remember, his first time on screen was in The Lawnmower Man with Jeff Fahey and Pierce Brosnan. He even came back for the sequel with Matt Frewer, but as one can imagine, the sequel to the movie didn’t really become much of anything. In fact, a lot of people would say the same about the first movie, but the truth is that it was groundbreaking for its time and it was a pretty interesting movie when it came out since the internet and cyberspace were still relatively new and people were still enchanted by it.

From that point, he went on to star in Last Action Hero with Arnold Schwarzenegger as a kid who loved the movies and was at one point given a magic ticket that made the movies come to life. When he had the chance to meet his favorite action star he went on an adventure that was kind of surreal since it was essentially what many writers might want to experience given that it allowed him to live in the story as it was happening, with the common knowledge of the many different plot points that were about to unfold since he’d seen the movie. The only problem was, once the ticket got into the wrong hands, the bad guys found it easy to move from movie to movie and start a little bit of a ruckus. Even the figure of Death from The Seventh Seal is unleashed, as he goes about selecting who’s going to die in a rather comical but serious fashion before finally going back to his own movie at the end. The movie was kind of a silly one to be certain since it broke all the rules and crossed reality with fiction while creating a fictional movie, but it was entertaining at the time and wasn’t the worst movie that Arnold ever made.

Austin went on to star in My Girl 2, which a lot of people enjoyed but not everyone was into since once again, the first movie was considered to be much better and a lot more meaningful. But from there on he started taking other roles and showing up in TV movies and various short films up until around 2015, which is the last known production he was in, which was titled All Our Yesterdays. It wasn’t too long after he stopped being a kid that he stopped getting noticed since he wasn’t one of the most popular child actors of his time and it’s likely that a lot of people would have to be reminded of his involvement with his own movies. But at the very least he did make a bit of a career for himself and whatever he’s doing now must be worth it since he hasn’t been noted as being seen around the business for the past half-decade. There’s no doubt that he found something to keep him busy but it’s also just as evident that he might have stepped away from the business finally after not getting enough roles or possibly finding something that was more worth his time. Show business isn’t for everyone obviously and some folks can’t wait to get out, while others might leave reluctantly but will also do so when it’s discovered that the competition is pretty fierce and it never stops. That’s the thing about being an actor in any time period, there’s always someone else that’s ready to make a splash in the business and might not think twice about taking a part that one actor or another didn’t want.

During his time on screen, Austin was at least convincing since he could make a person believe in his role and he acted out the part of a young kid pretty well. One has to wonder if he misses it at all or if he’s thinking of trying to make a comeback at some point, but as of now, it does feel that he’d have to find a pretty solid hook to make his way back.