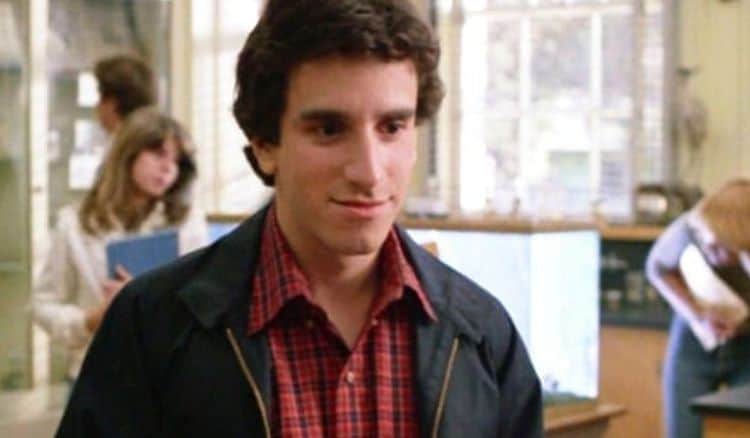 It does feel as though Brian Backer might have had some kind of potential back in the day when he was younger since he wasn’t the best looking guy in the movie and he didn’t always play the smartest, but there was raw potential there to make him into something that might have won the fans over at some point. And in a way, it does feel as though it was wasted since he didn’t do much in the way of an acting career, but he did manage to find his way into a few movies that are easily remembered. The movies he might be known for are those that a lot of people might think about often in regards to some of the stars that ended up becoming even more famous as time went on, but looking back and taking the time to recognize Backer and others would be worth the effort simply to pay some sort of respect to those that came and went in the business. The truth is that he was good enough at one point that Hollywood took him in and tried to make something of his career, but as it happens with a lot of people that are lucky enough to find their way into the entertainment industry, it doesn’t always last, and the time that a person spends there is heavily dependent on what they can show the audience and how well they’re received.

Not every actor is bound to spend the entirety of their professional life in Hollywood since plenty of people that might have thought that the ride would never end have retired, been relegated to memory, or have passed away in one manner or another. Backer is still around, but he did retire from acting back in 2012, which means that he’s been out of the game for a while now and would likely find it insanely tough to get back in if he ever had the inclination to try. A lot of actors have managed to step away from show business, but those that try to make a comeback after a while have found it at least a little difficult if not nearly impossible to get people to believe in them the same way they used back in the day. Retirement after all usually brings to mind the thought that someone is done, they’re quit, over it, and won’t be coming back, unless we’re talking about sports or sports entertainment since the latter tends to use ‘retirement’ as a gimmick to make it clear that the star won’t be as active. But in the world of acting it’s not that common to see an actor come back and be just as accepted as before. By the time they do come back things have moved on and the struggle to adapt and blend into the current form of entertainment is a stretch for most people.

Backer managed to guest star on a few TV shows and take on a recurring role in one of them for a while, but after his initial run in the first decade of his career, it was kind of obvious that his star wasn’t really going any higher. Some folks just aren’t meant to keep ascending in show business as they might be convincing for a few reasons, but they end up falling short in other ways that are far more vital to their continued existence in the industry. It feels brutal and downright rude to say, but the truth of it is that Hollywood is very particular about who gets kept around and who is essentially there just to play backup, second string, supporting roles, and someone that’s more or less meant to be part of the background. It might sound like a cruel business practice, but it’s something that’s been evident for quite a while and isn’t bound to change since not everyone can be a big star, but a lot of people can be part of the scenery that the big stars will disregard as they go on their way with the movie-making. Every now and then someone like Backer will get a break and figure out that they have more talent than people might think, and they’ll find themselves climbing the ladder to better roles and more fame. But Backer managed to be a part of the business for a while before he stepped away, so it’s fair to say that did what he wanted, even if there were regrets to be had.

At the very least he’s easy to find if people want to go back and watch the old movies and TV shows that he’s been in, if one can find the latter that is. At one time he was someone that people would recognize, but fame is fleeting at times.