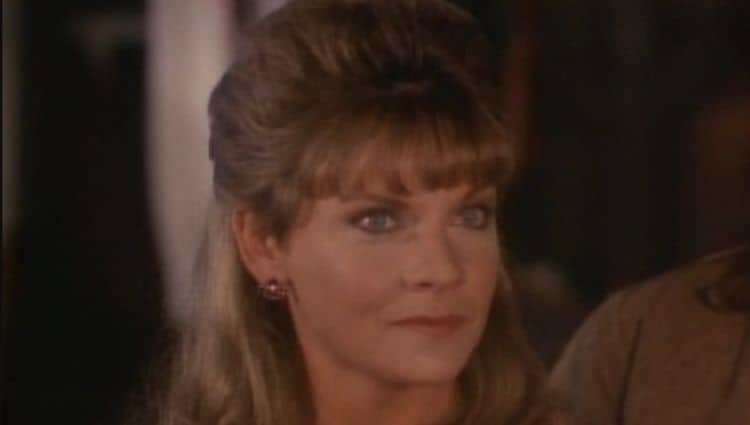 It’s not usually kind to say anything about a person that barely shows up on the internet, which usually means that their career didn’t last long, but one positive thing is that they did make it to the big time, even if things didn’t work out that well. You could say this about Brigitta Stenberg since she did show up in movies and TV, but according to her filmography she hasn’t done anything since 1999, which might indicate that things just didn’t work out and her career either flopped, or she found something else that she had a deeper passion for at one point. Disappearing from show business is often depicted as a sign that someone couldn’t hack it, that they were in over their head, and so on and so forth. Like it or not this is a valid description since some people that find their way into the industry do eventually find that they can’t keep up or are in way over their head when it comes to their personal growth and ability to adapt to the business. At other times however they might find that the industry wasn’t quite what they were expecting and despite being able to keep up it’s not something they’re entirely enamored of any longer. It is true, some people get tired of show business, of the attention, of the pressure, and of the continual race to stay popular and get peoples’ attention.

Many people when they hear such a thing might think ‘ooh, poor baby’ since the life of a celebrity is thought to be all glamour and riches. For those lucky enough to be considered huge celebrities it can be, since the hard work that they’re made to do is greatly alleviated by the fact that they do have fat bank accounts and a great deal of fame that keeps them working and secure in their positions of influence. For stars such as Brigitta however it would appear that as popular as they might be to begin with, the fanfare can end rather quickly when people decide to move on and not carry certain people with them. A great number of stars have been all but forgotten for one reason or another, be it due to something they did or not, and while not all of them are down and out without Hollywood on their side (some go on to be rather successful really) a lot of them do tend to just slip into the metaphorical shadows for their own reasons or because their popularity has waned to such a degree that even showing up at various conventions and reunions isn’t bound to help it spark back up. Be honest, a lot of us have been to the conventions that feature actors and other celebrities we haven’t heard about in ages. While these individuals might not be entirely remembered by a lot of people they’re still considered to be worthwhile to some apparently, as they had their time in the spotlight and might have even inspired a few people while they were around. The fact that there isn’t the much information on Brigitta is hard to get around, but it could also mean that she wasn’t entirely free with her life story and didn’t want to be for her own reasons.

If there’s been any record of Brigitta acting as of late then it hasn’t been noted in any big way, but thinking that she might have stepped away from the camera for a while, intending to do something else with her life, only to come back later on, could have been possible. There are plenty of actors that have done this throughout the years, either because they need to find their love for the business again or because they felt the need to figure out whether going back would really be worth it. Obviously some folks never come back while others spend years trying to make a comeback only to realize it’s too late at that point. There is a timetable after all for coming back to the industry, as the idea that someone can bounce in and out of the celebrity life is possible, but it’s a huge liability for one’s career unless it’s done in a way that makes the individual a little more interesting. In the case of Brigitta however it does feel as though she might have simply found something else that could keep her attention and might have given her a bit more drive and passion to explore. In any case it’s been a while since she’s been seen on camera and it’s very likely that if she does come back it would take a real fan to notice her, and to be able to tell others what she did back in the 90s. Hopefully she’s doing well however.