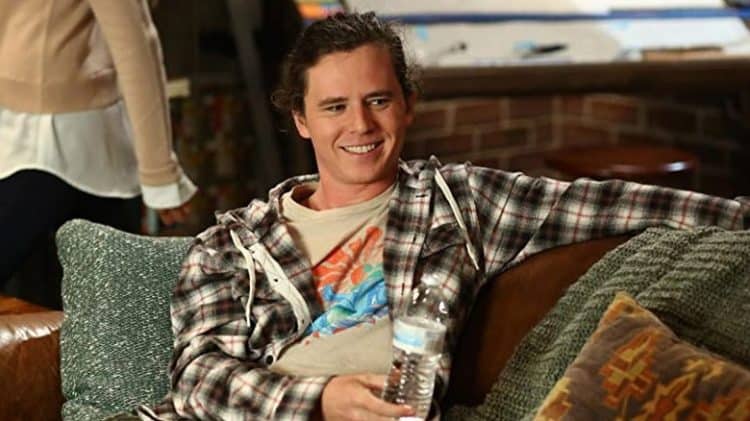 When you really think about it, wondering if people even realize that there was a show titled The Middle is a serious and honest question, but it’s also one that has a definitive answer since yes, people knew about it and did manage to enjoy the show. But the fact that it was over and done with at some point wasn’t exactly something that people were willing to protest. Realistically this is something that one should hope for when it comes to being part of a TV show, that people will watch, enjoy, and then be able to let go of a show once it’s over and done with, not sign endless petitions and gripe about how it ended. As a part of the strange but interesting Heck family, Charlie McDermott played the role of Axl Heck, which is an odd name to be certain, but at least he didn’t get stuck with the name Brick like his on-screen brother, who was played by Atticus Shafer. Axl was the eldest of the three Heck kids and also quite easily the biggest disappointment of the family since he was kind of wilfully stupid given that he didn’t really have much interest in school and was always messing around with his friends and trying to scheme and scam his way through life. He wasn’t a bad kid by any means, but he was someone that a parent might want to pick up and shake just to see if there really were a few screws loose on the inside. To be certain, a lot of us have likely known people like Axl in our lives since they’re not hard to find given that despite the desire of most parents to see their kids do well in school and life, there are those that somehow manage to raise kids that want the easy way and will do whatever they can to get it.

Since the show ended Charlie has still been around, but he hasn’t been as big of a presence on TV or in movies as one might think given that he’s been focusing more on his musical career and only popping up now and again when it comes to show business. One might think that he’s shifting gears and doing something different, but it’s likely that he’s focusing on what’s important to him right now and could easily keep the two separate or even find a way to combine them later on down the line. It’s hard to say really since people tend to find things that they excel at and might want to head off in a different direction, or they might want to see what another profession has to offer before going back or deciding to change it up. Some folks hit their niche and stick with it for as long as they can, only deviating to take on a hobby or two here and there or to secure one or more investments in something they might believe or find value in. Being an actor doesn’t mean that a person is stuck acting for the rest of their life after all, as many actors have one or more different things that they enjoy doing. But for Charlie, his music has been more important at this time, though if he ever does start showing up in a bigger way when it comes to show business it wouldn’t be a surprise since he’s a decent actor that can take on a role and make it work. His time as Axl Heck is one of his more notable roles, but it’s fair to say that he could step into any role he wanted simply because he’s easy to enjoy on-screen since he brings a positive and very skilled attitude to the game that can be charming in its own way and just irritating enough that one can’t help but appreciate when his characters get put in their place when it’s needed.

Quite a few actors have come and gone over the years as they find something else to focus on from time to time and fall off the map for a bit, but a lot of them do end up coming back for their own reasons and, likely because acting does pay well if one has already broken into the business and has a firm grip on what’s going on. It does feel like kind of a waste if a person breaks into acting and only shortly after breaks off and heads toward the horizon. But one thing that a lot of people have figured out is that acting isn’t for everyone and that even actors need a break from time to time to pursue other interests so as to lead a more complete and satisfying life. It’s easy to think that Charlie won’t give up acting, but for now, it would appear that he’s doing what he wants to do.