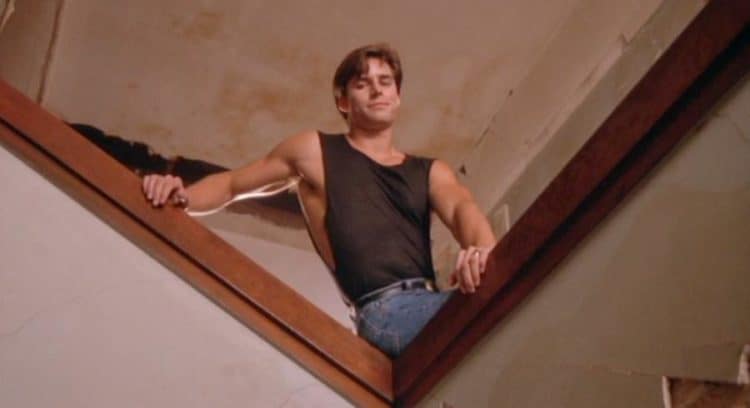 Dan Gauthier is about as stereotypical as you could get just based on his looks alone since he’s fit, in shape, and has the kind of good looks that one would expect of a model and of an actor that has the necessary appearance to be great. His acting isn’t too bad really but it is apparent that over the years he hasn’t really been the A-lister that some folks have thought he would be. That doesn’t mean that he’s gone completely by the wayside though since he’s been keeping busy up until around 2019 when it would appear that he’s kind of slowed down when it comes to acting. Maybe he’s taking a break, maybe he’s thinking of whether or not it’s worth it to keep going, but when looking at his list of credits it’s easy to think that he’d rather keep coming back for one role after another rather than give it all up at this point. As of now, he’s been a star that’s easy to watch and can play a wide number of roles since he does fit into certain roles rather easily. There have been roles in which he’s been the good guy that people can count on and someone that’s there to make things better, and roles where he’s just the worst and has few if any redeeming qualities, and he’s played them all quite well over the years.

As of now, the 57-year old actor is one of those that a lot of people might tend to forget unless they’re reminded by the mention of one of his movies or TV show appearances. He did actually show up in Married…With Children for a couple of episodes when the Bundy’s went on vacation to Florida, only to be stalked by a mysterious killer that had been slaughtering obnoxious tourists for years. He played a very dim-witted character for those two episodes, but he’s played a very clever and intelligent part in a lot of other shows and movies during the course of his career, putting his acting skills and his smarts to good use as he’s taken on various parts that have been challenging but also enriching. From TV to movies he’s been one of those that help to create characters that are convincing and manage to elicit a response from the audience, which is a big part of what a movie or show is supposed to do. In a lot of his roles, he’s been completely believable, which makes it hard to figure out just why he hasn’t seen his career go any further than it has.

There’s always the idea that it’s a personal decision on his part not to try and get any bigger, since the idea of being any bigger of a star does come with some drawbacks that some folks might not want to think about, such as the increased attention and lack of privacy that can result from everyone wanting to know what the star is doing at any given time. There are plenty of people that are currently A-listers who regret their status since they can’t get a moment to themselves that often unless they’re walled away in their home or are otherwise being given the kind of cover they need in order to just breathe for a few moments without having interviewers, photographers, and fans trying to find them for an opportunity to cash in on their fame. This could be one reason why Dan hasn’t managed to get any bigger when it comes to his career, or it could be that he’s just not considered to be next-level, which would be kind of hard to say with a straight face since he’s been able to hang in there with several individuals that have been given bigger chances than he has throughout the years. The role of Travis from Son in Law, which also starred Pauly Shore and Carla Gugino, was one in which he was able to show just how convincing he really was.

Travis was the hometown boyfriend of Rebecca, played by Gugino, who didn’t expect anything to change when his girlfriend went off to college and he stayed home, but was secretly dating one of their classmates, Tracy, played by Tiffani Thiessen, while he was still technically attached to Rebecca. In short, he was a sleaze that wanted it all and didn’t want things to change in any way that he didn’t approve of and was upset by Crawl’s appearance when Pauly Shore’s character came into the picture. Long story short, he was entirely convincing as the good-looking and popular guy that was used to getting his way and resorted to trickery and deceit when his way was being threatened. Throughout his career, Dan has been a great actor, so it’s a hope that he’ll continue at some point.