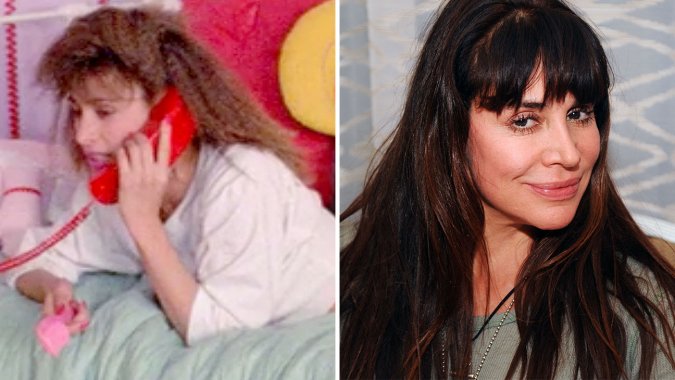 Darcy DeMoss is likely one of those actresses that you’d have to follow pretty close if you wanted to be able to say that you’ve been watching her for years since there’s plenty on her resume to indicate that she’s still working and still doing the same thing that she attempted to become famous for, but whether or not she’s really in the public eye as much as she wants is hard to say. Like a lot of people she did get her start on Friday the 13th as one of Jason Voorhees’ victims. She was in Friday the 13th part IV: Jason Lives, and as you can imagine her death scene was every bit as brutal as could be. As far as being a star she’s been in several other movies since and has also taken up photography along the way as well. As far as her career goes she’s definitely become the type of celebrity you’ll see hanging around conventions and clinging to some of the old faded glory while attempting to get people interested in what she’s doing now, which sounds like a lot of the same even if she is trying to branch out and do more with her time than just movies.

This tends to make a person realize that for every popular face in Hollywood there are dozens if not more of individuals that were there and are still there trying to make a name for themselves. It’s kind of interesting to think just how many people vie for the top spots in show business and how few actually get them, though it’s quite similar to pro sports as well since thousands tend to try out and only so many are selected for their unique and specialized talents or looks. It’s not much different when acting is involved since there are untold numbers of actors out there that want to strike it big, and some that have been in the big leagues, only to find that they might be missing one or two vital components that someone wanted to see, and that another individual had and made good use of at some point. This isn’t to say that Darcy is a nobody, she’s been in the spotlight for a brief time and is still out doing what she enjoys doing, though a lot of people might not recognize her for it since at this time her star has kind of settled on a lesser horizon where she can still work but isn’t nearly as inundated with fans.

For some, being a part of the Friday the 13th franchise is enough since it means that she belongs to a group of individuals that helped to make one of the longest-running and most popular horror movies come to life in her own way, and her death scene is something that still tends to stand out in the minds of those that have watched the movies over and over. It’s likely that only film buffs and hardcore horror fans will really recognize who she is and what she’s done for show business these days, but sometimes that’s enough as it leaves her something to fall back on and a life to continually build from as she tries to keep her career moving forward. So far she’s been successful as she does have a solid background and enough credits to her name to keep going for a while to come. Whether we’ll see her in a big project again is hard to say but it’s usually a good idea not to rule anyone out since there’s usually room for a lot of people that have the right kind of talent and perhaps even those that have history with a certain franchise if it’s going to be kept mobile and moving forward.

Until then however she does appear to be doing quite well and has a life that she’s made for herself that has been seen to be constantly moving forward. If she does make her way to the big time again it could be an interesting moment in cinematic history or it could be a moment in which a lot of people wonder at just who the heck she is. At that time it would be important to key up a few of her more well-known appearances that might jog the memories of the audience and remind at least a handful of people that she has been on the scene before and she knows how the game goes. It might not sound entirely likely since she’s made a pretty good living while being on the down low with her acting career, but stranger things have happened after all and faces from the past have managed to come back a time or two in show business. For now it does appear that she’s pretty happy with her lot in life.