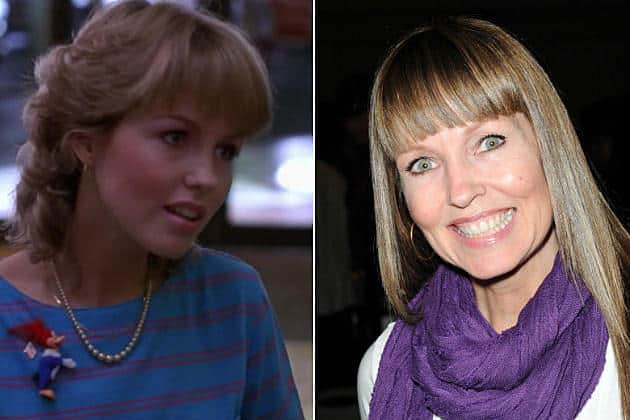 If there’s any reason why Deborah Foreman’s career started going down the tubes it’s largely because she couldn’t find any serious and well-directed movies to gravitate towards any longer and it started to kill off whatever reputation she still had. It does sound like a weak excuse that could be made by a lot of actors, but it’s also a very real and sometimes damning effect that’s happened to many people throughout the industry. While some have managed to come back from it Deborah wasn’t one of them since her career continued to revolve around low-budget movies that didn’t do her many favors. When she first came to the business shew as fired up and ready to go, as she was ready to take on the industry without question, her desire to be a serious actor propelling her forward in a way that made it appear that she would be one of the greats that might end up going a long way towards achieving everything she wanted to do. Unfortunately her career got tripped up a bit despite a great start in Valley Girl, and was on a fairly quick road downward after that. As of 2007 she retired from acting and eventually became a yoga instructor as well as a graphic artist.

Her current net worth makes it more than obvious that she doesn’t really need to worry about going back to show business, ever, since she’s worth more than some of the current stars that people are truly interested in. This kind of goes to show that despite having a shortened career that some actors can actually do quite well if they follow a path that’s going to allow them to be productive rather than sitting around waiting for something to happen. In fact when one really looks at it there are a few actors from the 80s and onward that are still doing very well despite not having had a solid acting job in a while. For some the thought that these individuals not being a part of show business any longer might mean that they’re not rolling in the money or prestige any longer and are off living a nice, quiet existence that allows them some sense of peace while they figure out what to do with themselves. If there’s any lesson to be learned here it’s that retiring from acting isn’t the end of one’s life, as many of those that have done so have proven over the years. If anything, many people that are currently retired have shown that there’s plenty still to be done once their time on the screen is over, and like Deborah they’ve managed to create a very comfortable life for themselves.

It’s very easy to dish on various actors that were popular back in the day since many of them don’t have much of a career at this point to speak of, but when it’s noted just how well some of them are doing the gossip dries up instantly since there’s no tragic story, no drama, and only a positive, life-changing series of events to take note of instead. Deborah did kind of suffer from having to star in B movies for a while, but obviously when she saw a way out and a path to take she didn’t hesitate and made her way out of the industry and into a life that has treated her quite well at this point. At this point it’s doubtful that she’s ever too idle since being in her 50s she’s still fully capable of living a very full life and is at this moment doing what she can to stay busy and enjoy every moment she can. It’s a wonder if she regrets the time she might have had if her career had gone a different way, but at this point it’s also easy to think that she doesn’t lament getting out when she did since after a while struggling along becomes too much of an ordeal for some people and a change is the best they can hope for when it comes to their lifestyle and career. In a big way getting out of show business appears to have done more for Deborah than being in ever did, as her talent was unfortunately squandered not too long after she made her mark.

Whether or not she would ever think of coming back for any reason isn’t something that has come up since she stepped away, as she’s been hard at work establishing herself in other fields and making the best she can out of the life she chose. Some might think that stepping away from Hollywood has to be a difficult choice since there’s so much opportunity to be had, but in some cases it’s likely the best option, if only because staying would be a mistake.