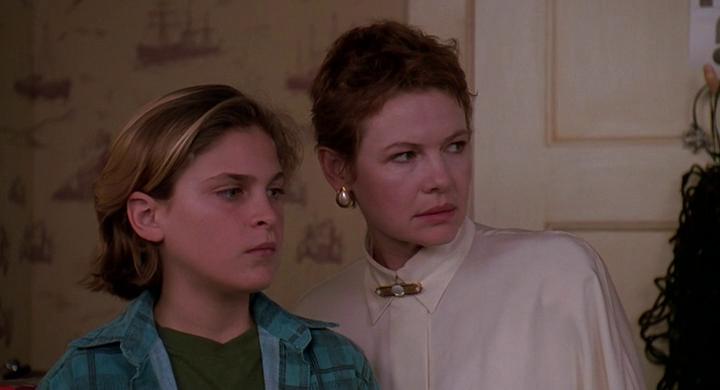 Let’s make it known right away since it is worth mentioning and it does kind of have to be said, Dianne Wiest is a two-time Academy Award winner and as such she’s earned the kind of distinction in her career that makes a person worth the effort and creates a rather special feeling about them that says “they can do it” when discussing whether they’re right for a role or not. Her level of talent was allowed to merge many years ago and for a while was confined to the stage since she was more or less a theater actor until around the beginning of the 1980’s when she started showing up in other venues and appearing on screen. At that point everything in her career kind of shifted as it was discovered that she had what it took to transition from the theater, which she’d been so at home in for a while, to the big and small screens where she would eventually take on several different roles but almost always with the same kind of mannerisms that made her so endearing to so many people.

What that means is that she’s been kind of like the mom or grandmother type as the years have gone on, the caring individual that no matter what seems capable of being mistaken for someone that you would go to when you have a problem or just need someone to converse with. That look of just being someone that you could count on as a friend is something that’s been a part of Dianne’s demeanor for a long time now and it’s served her quite well in many roles. Below are just a couple out of the many that are particularly memorable to her fans.

If you claim that the Lost Boys is one of the most classic vampire movies in history then you might be in for a bit of an argument since a lot of those born in the 90s or later would gladly tell you that you’re wrong. If anyone came at you with an argument that movies like Blade or anything similar would top this then just turn down the volume and enjoy the memories. This movie was, in the history of horror movies, something different that was needed for the 80s and was just what people were wanting. Even into the 90s and beyond it’s been considered as a classic since it introduced punk vampires that were seductive and violent and yet didn’t conform to at least a few of the norms that such creatures were typically made to recognize. But Dianne’s part was that of the mother who had moved her boys out to live with her father and was absolutely clueless as to what was going on as she simply thought that her boys were being a bit ridiculous and having a hard time adjusting to their new surroundings.

The worst part about her being so clueless is that she actually fell for the lead vampire, who turned out to be kind of a surprise near the end of the movie. This is the kind of mom in a movie that you can’t help but like but still manage to face-palm yourself over since she’s just so utterly unaware of what’s going on. Even after the lead vampire’s dog tried to maul her there was no thought to him being anything but the nice guy he appeared to be. But her act was what made it work.

I Am Sam was a real tearjerker since it was about a mentally handicapped man that was so dedicated to his daughter that losing her nearly undid him since it was deemed that he wouldn’t be able to take of her after she reached the age of 7. Annie, Dianne’s role in this film, was one of the first to try and help him out with Lucy but given that she had such extreme agoraphobia she wasn’t in any condition to really help him all that much. She did however have a positive impact on Lucy’s life when it came to helping Sam take care of her, though she also warned him away from using her as one of his support figures when it came to raising Lucy in the future. At one point her character did manage to leave the house, but it was a very tense and agonizing experience that Dianne played quite well since in some cases agoraphobics can’t even stand the thought of leaving their comfort zone and will immediately tense up upon taking a step towards the front door.

Dianne has remained active throughout the years and has played many upon many crucial roles in many projects that have seen her use the same mannerisms for the most part, but in different ways. At this point it kind of feels like she’ll always be thought of as the mother character that you can’t help but look to for advice.