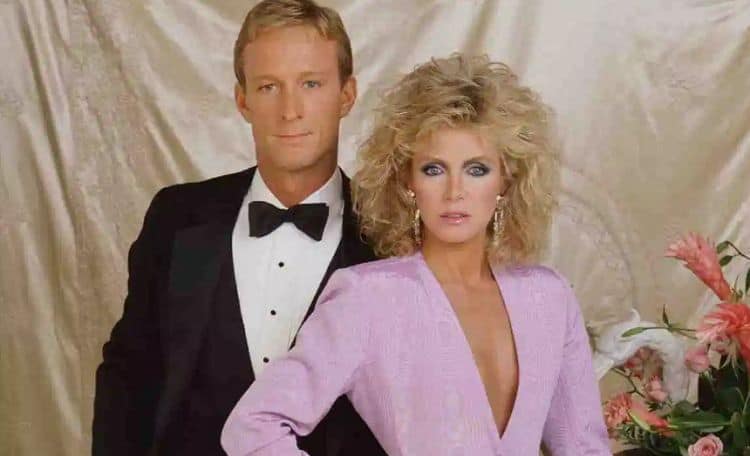 When you look at Donna Mills’ filmography it’s one of those that makes you say ‘wow’ with a serious widening of the eyes and admiration that’s quite genuine given all she’s done. At the age 79 it’s pretty impressive that she’s still in the game though if one has to be fair there are a lot of actors that might go on appearing in movies and TV until they draw their final breath. Whether she’ll fit into that category or not is hard to say but her dedication to the craft has been evident for a long, long time now, as she’s one of those that has seen the passage of decades while honing a career that’s taken her to an impressive number of awards and a lifestyle that’s kept her quite comfortable and well-respected among her peers. This might all sound like lip service that a lot of people might have offered up over the years, but without knowing that much about Ms. Mills before really digging into her history it’s easy to say that she’s an impressive human being when it comes to her career. She’s been seen as one of the more sultry and even, dare I say it, sexy individuals throughout the course of her career, and there are memories stacked and heaped in the past that many would gladly pick and choose from that have watched and enjoyed her career.

Her net worth is a tad bit surprising for someone that’s had such a long and successful run, but it’s still nothing to sneeze at since she’s done a great deal in her life and has likely enjoyed a good portion of it. At this point age is likely starting to remind her that it can’t be bargained with or staved off indefinitely, but the fact that she’s still there, that she’s still making her way along in the business, is kind of inspiring. If you’re one of those that didn’t have a mother that watched daytime soap operas or Knots Landing then you might have some trouble pulling up any memory at all of Donna, but if you’re like a lot of us who didn’t have much of a choice, play outside, in our room, or just shut up and watch the show, then you’ve like seen her a time or two since she starred on the famed show from 1980 to 1989 and she did make it back for the finale. After that however she went on to pursue other projects as her resume would indicate and she wasn’t exactly idle since there are plenty of credits to pore through.

Despite her age Donna is still quite fetching really as she’s managed to take the years and wear them well, much as anyone might have expected. Some might say that she’s attempting to keep her age a secret as much as possible thanks to plastic surgery, but despite whatever opinions might rise that’s a matter that’s usually best left to the judgment of the individual, unless of course it comes with unusual health concerns or fetishes that doctors are better off not entertaining. Debbie Emery of RaderOnline has more to say on the subject, though likely as not there are plenty of people who would leap to Donna’s defense in trying to look as young as she can for as long as possible. Some people don’t lament the passage of time, while others do attempt to keep it at bay for as long as possible. However a person decides to live is up to them really, so commenting on it becomes something less than worthwhile. Her career is a lot more impressive than the way she’s managed to try and stay young since just thinking about how much she’s seen come and go throughout her time in the business is hard to fathom considering that a lot of us have trouble believing that one or two decades went by so quickly. Imagine watching several of them go flashing by in the same business while trying to keep up the entire time with the changes that continue to roll along. That’s real talent, and she’s had it in droves for quite a number of years.

It’s easy though to think that her time has come and gone since many people these days likely don’t know that much about her and might not even with the ease of a Google search that could be conducted in a few minutes’ time. Donna Mills has become yet another name that’s not lost to history, but has been taken up by it and held as a standard for other actors that remember her glory days and are likely as not trying to model themselves in some way after the greats that have come before them. No matter what comes next in her career she’s already stamped her place in history.