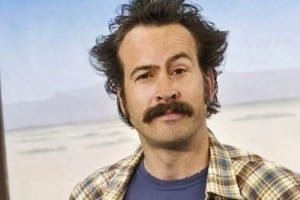 It kind of seems that when an actor gives up a role that they’re so well known for that they might slip right off of peoples’ radar since being known for one or two roles tends to make them popular,Â  but not being known for much else to the same broad audience makes it possible for them to virtually disappear. With Jason Lee however there are plenty of other projects that he’s been a part of that are possible to remember him by. From his skating days to his photography and of course to his acting he’s been quite prolific when it comes to staying in the public eye, it’s just a matter of which method has gained him the most attention. When it comes right down to it acting has been the one big thing that people know him for since he’s created a number of characters that are extremely memorable and have been thoroughly enjoyed throughout his career. Some folks that happen to love Alvin and the Chipmunks might know him best as Dave Seville, while others that follow Kevin Smith movies could possibly know him as Brodie Bruce or Banky Edwards. However you know the guy is kind of irrelevant since he’s been good enough at what he does to become a suitable legend in show business even if he’s not quite a household name.

The great thing about Lee is that he’s still around and he is still acting, but he hasn’t taken up the same kind of roles that made him so famous for a while. A personal favorite, Earl Hickey from My Name is Earl, is one that he hasn’t taken up for quite some time since the show was cancelled after four seasons. But people will be able to see him once again as Brodie Bruce in the Jay and Silent Bob Reboot that’s going to come out eventually. It’s more than obvious that everyone on the cast is going to have aged quite a bit since a good number of them are either in their 40s or possibly in their 50s, but it should be great to see the old cast back together again if only for one movie. There’s no doubt that he might not want to return to the characters he made popular so long ago if only for the reason that he’s grown up a bit and some of them are a bit juvenile in nature and it might be time to move on. Some folks would be all in for a return to My Name is Earl however, but it seems unlikely that such a show would ever be revisited, especially now with the current social climate that we’re experiencing.

Lee’s most current projects have been through Amazon studios and Hallmark, which is a bit of a switch since Hallmark is well known for creating very emotionally-charged movies that are for the most part family-friendly, and a lot of stuff that he’s done in the past has been a bit crude and not at all geared towards the family-friendly genres. But then again, as I did mention he has grown up quite a bit and things have obviously changed, and that seems to mean that his interests have shifted as well. People do change as they grow up no matter what people say, as it’s a conscious decision by many to experience life in a manner that’s new to them and might offer more opportunities and possibly give them a different perspective on the world around them. Lee is not a young man any longer but he’s not quite old enough to be called an old man, at least not by those that grew up watching him. At this point it would seem that he’s trying to stretch out and appease a different fan base while exploring other venues that he can take his career down. Many might say that’s a wise decision, but it’s certainly been one that has left a lot of people wondering where he’s been and what he’s done.

A return to the character of Brodie seems like it will be a temporary thing since the changes that each cast member has undergone at this moment are likely to be telling within the movie and will showcase just how things have moved on since the original Jay and Silent Bob movie. Either that, or we’ll be getting a whole lot of the same from the first movie just in a new package with a lot more gags that will be rolled out for people to enjoy and possibly roll their eyes at. One thing is fairly certain though, Jason really doesn’t seem to be leaping at the chance to be starring in the same kind of movies he once frequented, but it’s not a good or a bad switch, it’s simply indicative of the fact that he’s matured and gone on to different things.