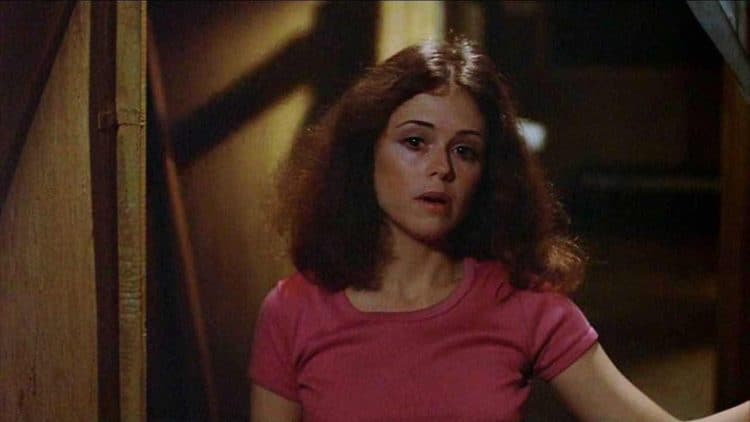 Some people might try their hand at becoming a star, and for a while, it might work since they might find a niche that they can work for a little bit, but Jeanine Taylor’s career was still pretty short-lived since Friday the 13th was her big chance at stardom, and while she hung around the horror scene for a bit, not much happened with her career during her time in the limelight. One could say that after her role in the slasher flick she didn’t do much at all, and it would be an accurate statement. What’s funny though is that she was a bigger critic of herself than anyone else could be since she didn’t think that she was pretty enough for movies, as she wasn’t tall, blonde, and didn’t have the needed look that so many women had at that time. One doesn’t have to be overly kind to say that she was definitely a good-looking woman back in the day and more than fit the stereotype even if she didn’t match up with other women that were pushed into the same stereotype. In fact, at one point it was actually seen that anyone who wasn’t blonde and apparently brainless or a little too carefree might actually have a shot at surviving in a horror movie. But in Friday the 13th it was kind of established that anyone could be a target no matter their hair color or if they were intelligent or not.

For a movie such as Friday the 13th all that really mattered that a person was young and they were able to act in a convincing manner until they reached their death scene. Obviously, Jeanine was able to accomplish this since she was good enough to be placed in the movie. But her take on the flick is kind of funny since she’s gone on record to say that she didn’t consider it a horror flick, but instead, a movie in which a bunch of teenagers were determined to get together and have a good time, and were killed off by a psychopath, y’know, coincidence and stuff. That’s pretty funny really, but it’s also a different perspective that a lot of people might not think about since the whole idea behind the movie was that it was about a murderer that targeted young camp counselors and did so for a very definite reason that wouldn’t be revealed until nearly the end of the movie. The funny thing is that to this day a lot of people still think that Jason Voorhees was the original killer when it was his mother that was going nuts on the counselors before her son ever entered the scene. She’s not exactly the first female killer in history, but at the same time, she was a surprise to those that didn’t know the formula yet and didn’t know better than to trust her.

Jeanine’s career didn’t last past the 80s unless one wants to count her appearance on a documentary about horror movies, which is something that happens every now and then when an older movie or one of importance is being looked at for one reason or another. In a big way, it does feel as though Jeanine’s own hangups about her career are what kept her from going any further, but there’s also the idea that she might not have been seen as star-caliber by those in the business since back in the 80s and even into the 90s it does feel as though a lot of actors were brought into the mix almost as a way to assess just who was going to be able to go the distance and who was there just for a couple of roles before they were given the boot. It does sound a little brutal, but while the nature of the business is to find and cultivate talent it does have a dark side since not everyone gets to live out the dream of being a big-time actor since they either don’t have the look, the talent, or they come a little early or too late to really establish themselves with a solid career. There are so many things that go into being a Hollywood star that trying to list them all in order and pin them down as to which is more important isn’t possible since a lot of actors make do with what they have and others are able to do more with less. It’s a complicated mess that’s only simplified when it comes time to talk about an individual, in which case the story might end abruptly since some people don’t manage to move ahead as they’d like. Jeanine did manage to get her name attached to one of the most well-known horror movies of all time, but things didn’t really appear to pan out after that.