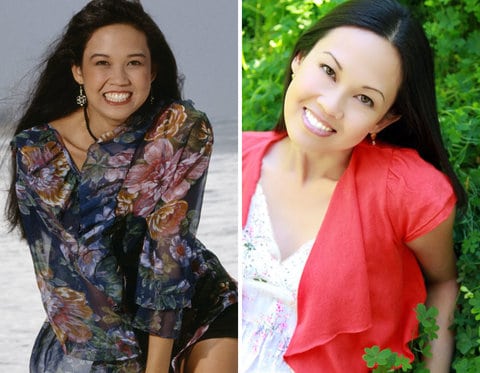 Jennie Kwan started acting at the age of 11 and she’s been at it ever since, taking on one role after another as she’s been able to find pretty steady work throughout the course of her career. It’s easy to think of why she hasn’t been able to gain that much attention throughout the years however since in a lot of her earlier roles she was either a voice actor, which she’s still doing to this day, or she was a supporting cast member that might not have had as many lines. Her fame has come largely from her voice acting it sounds like since while she’s done plenty of live action it’s still kind of obvious that she didn’t find a heaping helping of success in that venue, though she did alright, well enough to keep getting calls back for work now and again. One thing that’s kind of sad to hear though is that despite being on TV and being somewhat famous back in the day she was often teased at school since she didn’t have a boyfriend. In reality that’s kind of an odd thing to be teased for since even in the hierarchy of high school it’s best to be unattached to someone at times since it’s less confusing and it doesn’t allow a lot of the drama that comes with being a teenager to get even worse when the other person feels the need to make it so.

Jennie has found some success with singing in her time as well though one might have to do a quick search to find out just how much she’s really done since as it is with many of the stars that get mentioned in these pages she’s not exactly a prominent member of show business as compared to many others, but it’s fair to say that she’s done her bid throughout the years and she deserves both respect and recognition. Her net worth alone is enough to be impressed by and should convince just about anyone that she definitely doesn’t need to work as much since she has a nice cushion to enjoy her life with if she so desired. But the inspiring thing about those like Jennie that aren’t so well known by so many is that they do keep on working and they keep on doing what they can to entertain and offer the fans what they want.

At the age of 46 Jennie is still doing what she can to stay busy and has thankfully found one job after another to accomplish this. While her name might not be as well-known outside of several circles that might know her due to her voice acting it’s still fair to say that like so many others she’s carved out her own place in the industry and has managed to stick with it long enough that she might be completely comfortable at this moment with what she’s doing and how the business is treating her. As one might guess there are a lot of individuals in show business that aren’t all the pleased with their lot in life, be it because they think someone is holding them back, cheating them, or doing something else that might be stifling what they want. But in truth those like Jennie are pretty impressive since they don’t give excuses and don’t tend to whine about being less known than many other celebrities. These are the workers of the industry in a way, the type of folks that get in and do their job because they enjoy it, they know the value of what they’re doing, and for the most part are just happy to do it. There are too many divas, male and female, in show business these days that are overpaid and often get a pass for being controversial in one way or another, and it’s nice to see folks such as Jennie that are there because they want to be and don’t need to be awarded with much more than a paycheck to keep them happy and secure.

Granted, recognition is probably nice from time to time, but it’s also far better to realize that the fans are there to grant this than anyone else since the fans are the ones that will determine whether what an actor is doing is effective or not. Obviously people have loved what Jennie is doing since they’ve made certain that a couple of her voice roles would stick around even if at least one of them, Suki from Avatar: The Last Airbender, was supposed to be a one-time character. Fans ended up liking the character so much that they wanted her back, and obviously Jennie was more than happy to make it happen. Sometimes the working actors are those that are really easy to look up to.