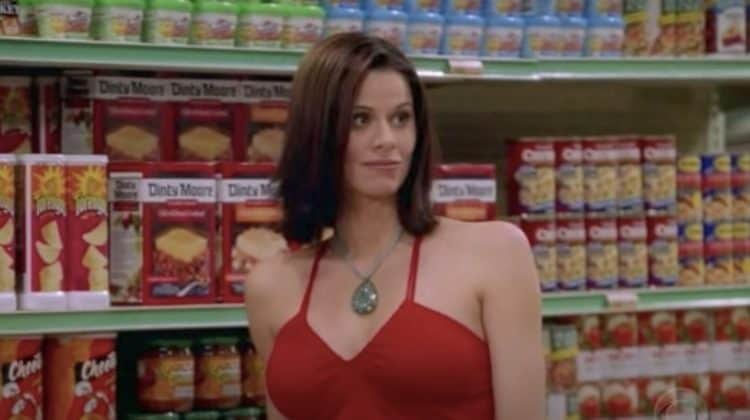 Some folks might think that they’ve seen Jennifer Bini Taylor somewhere and they’d be right since she’s been around in terms of TV and movies and has taken on several roles over the years. Claiming that one has seen her on Two and a Half Men is obvious since she was there for a couple of episodes, but didn’t last that long as there were several women that showed up on the program over the years. Jennifer has been one of the many that have shown up as a guest star on many shows and has been an extra on several movies, while in others she might have held a bigger role that might have gone largely unnoticed for one reason or another. She was one of the party girls that showed up in a few scenes in The Waterboy with Adam Sandler, the woman who didn’t mind hearing about the mistaken idea that Bobby ‘saw a lot of girls’ and ‘saw a lot of guys too’. She’s had a decent career thus far but it doesn’t appear that many roles have stuck thus far, though it’s very obvious that she hasn’t been hurting for work. It’s interesting to take a look at the way show business works sometimes since it’s not as profitable for some and yet it exists in a state that entertains success on many different levels and sees people move in and out of various social strata as they continue to find one role after another that allows them to move up or maintain the spot they’ve reached.

Jennifer is more than a mere extra, but as far as being a major talent goes she’s never quite reached the height, but has apparently been happy where she’s at and continues to work as much as she can in order to maintain a reputation and to make it clear that she’s there to take on whatever role she needs to. This isn’t to say that she’s grasping or in any way desperate, but she’s definitely one of the many that won’t balk at certain roles and will likely make an educated choice on which parts she wishes to take. The idea of ‘beggars can’t be choosers’ really doesn’t apply since she’s not one of those that are struggling so hard to keep her spot that she’ll take on anything no matter if she’s qualified or not. But it is a bit apparent that she does get lost in the shuffle at times despite the fact that she does have a very recognizable face and can deliver on her lines when she needs to. As of now, she’s still working and it’s fair to say that she’ll continue to find roles as she will, especially since she does have a couple of projects that she’s been working on as of late. It does feel that she might be one of the many that people tend to underestimate and could be an individual that might achieve greatness in the business if he were to be given a solid chance at a popular role that would make her far more recognizable to more people. There’s always the chance that she might not want this and is happy with the roles she takes on, but until she says as much it’s hard to know.

The truth is that some people are happy with their lot in life no matter how unbelieving others. The general idea is that no one can get enough no matter if they say they can and that people will always want more, will aspire to more, and will do whatever they can to get it. But there are plenty of people out there that, upon reaching their desired goals and finding happiness and even fortune and fame that is to their liking, might not wish to go any further and will work hard enough to keep their reputation and their current standing, but won’t be ambitious enough to move any further. It’s not certain whether Jennifer believes such a thing or not, but at this time it does feel as though she might be where she wants to be and is enjoying life in a way that a lot of people want badly but don’t reach as often. Being grateful and gracious in the way we live when we reach our goals is important, but for those that are more ambitious and want to go further, it’s necessary to keep pushing and to find ways to obtain a goal that involves getting what they want while being thankful for it. At this time it does feel as though Jennifer will continue with her career as she’s been for a while now, and it’s best to wish her luck and good fortune in everything she does. One day she might reach higher, but we’ll see.