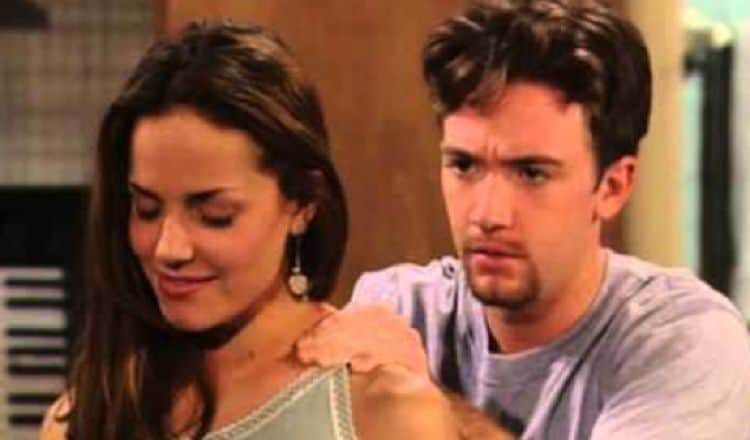 If you ever watched Married…With Children then you likely saw Juliet Tablak at one point or another, despite the fact that she was only in 4 episodes and only came in once the show had been on the air for quite a few seasons. She actually came to the show in the 9th season, debuting as Amber, the niece of the Bundy’s next-door neighbor Marcy D’Arcy, who didn’t want Amber hanging out with any of the Bundy’s at that time since, well, Marcy couldn’t stand anyone but Peggy Bundy and even that was conditional sometimes. But somehow, Amber became attracted to Bud Bundy, which was amazing since Bud, played by David Faustino, was something of a ridiculous character that kept pornographic magazines and a rubber sex doll under his bed and often didn’t know how to treat women since he was so intent on sleeping with any good-looking woman he met. But something did happen between Bud and Amber, even if he thought it was a dream at first. Needless to say, Marcy didn’t approve, but Amber was a free-spirited young woman that did what she wanted and wasn’t about to admit as much to her aunt. After a while, though Amber went away, kind of like the young kid named Seven that the audience never really connected with.

It does feel as though that if Amber had stayed that the character of Bud would have needed to evolve beyond the simple beginnings that he’d had with his family and possibly become his own man since her character was slowly but surely turning him into a different person that the audience could have hopefully agreed was better, but would have detracted from the show. Despite only lasting two seasons after her arrival, MWC didn’t end up keeping Amber around since she showed up for a few episodes but was eventually phased out as the show continued. The show kind of needed Bud to return to form since it was how things had been running for a while and it was the smoothest way to keep them going until finally the show had to fold up and move on after the 11th season. In the meantime, Juliet kept acting for a while but finally retired in 2000 and would eventually graduate from Palmer College of Chiropractic in San Jose, California in 2012. Currently, she’s known as Dr. Juliet Tablak, and it would appear that she’s been doing just fine since leaving the spotlight for a life of her choosing. As I’ve said more than once, there are a lot of reasons for people to leave the acting profession behind, and one of them is that they follow a different path of their choosing. Juliet obviously wanted something other than a mediocre acting profession, but it’s enough to say that she managed to get there and do something with her talent while she had the chance.

As of now, she’s been out of the profession for two decades and it doesn’t appear that she’s wanting back in despite the fact that she’s only 46 and could have a lot of good years left to her. It does sound as though her time in front of the camera was an experience and one that she might value more than regret, but at this point, it’s also fair to say that she selected the best route for herself and is happy where she’s currently at. The character of Amber was one that kind of went along with the rest of MWC in that her morals weren’t so loose that she would be presented as another Kelly Bundy, but the fact that she was attracted to Bud and lived with his many faults despite the fact that he was kind of a sleaze and that she stuck with him indicates that she wasn’t exactly a stable character in her own right. She was a fun character, that much is evident, but it’s also apparent that she either didn’t mesh with what the audience wanted or that she wasn’t what was desired for the show in the long term since otherwise, it does feel as though she would have been allowed to stick around. After all, Ted McGinley was brought on as Jefferson and while he had his foibles now and then as a character, he was allowed to stay on, but possibly because Marcy needed a husband figure at that time to make her a little more likable.

There are a lot of ‘ifs’ and reasoning to be factored into a show like MWC, but Amber was one of those characters that might have been a little more interesting if she’d been given more of a chance to stick around and create a pleasing change. Perhaps she might have even helped to close out the show in a more fitting fashion as the Bundy’s would be seen to move on in a more convincing way. But oh well, Juliet found a life that worked for her, and she’s bound to be remembered by fans for a while to come.