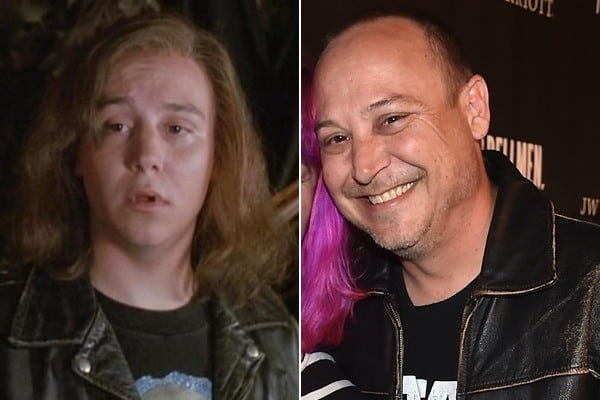 It’s a lot more likely that a lot of people remember Keith Coogan for his childhood roles since at one point and time he was a popular and very recognizable face. But these days he’s still at it even though a lot of those from the most recent generations likely don’t remember him or understand why those of us that grew up watching him are kind of excited to learn that he’s still around. Keith is one of those actors that appears to have been drawn to show business in a big way since he’s been acting from the age of 2 and started getting more and more popular as he grew up and became a teenager. One of his best lines in a movie came when he was 21 and still playing the part of a teenager, which worked thanks to the fact that he still looked pretty young at the time. If anyone remembers the movie Don’t Tell Mom the Babysitter’s Dead, Keith coined one of the most iconic lines of the era when he said, “The dishes are done man!”. Of course by ‘done’ a lot of us remember that he and his buddies were skeet-shooting the dishes after his older sister, played by Christina Applegate, told him to do the chores. While the movie was one that might have gained a small cult following it otherwise was lost to cinematic history since it was kind of campy in a lot of ways but delivered a few laughs along the way.

As I mentioned though Keith is still at it and even showed up in the recent movie Jay and Silent Bob Reboot as himself, which is likely hard to notice since as it happened with the first Jay and Silent Bob movie this flick is riddled with stars from one end of the spectrum to the next. But Keith has maintained his spot in show business by doing straight to DVD movies and sticking around in much the same way as many others have that managed to get their start back in the 80s and 90s. Just in case anyone forgot, he actually played the voice role of young Tod from The Fox and the Hound, a Disney classic that a lot of people likely don’t remember at this point, even though it was one of the most tragic and touching stories in the vault. When you look at Keith’s resume it’s easy to figure out that he’s been able to act alongside some of the best names in the industry at times but has also kind of slipped into the background after a while as he started to get older. His name still means something to a lot of people since like many others he’s a part our childhood given that he helped to make it entertaining at certain points and was there for a few very amusing movies even if they didn’t turn out to be blockbusters.

It’s kind of hard to say just what his net worth is but Keith is still living that life and having a good enough time that it’s easy to think that he’s not doing too poorly given that he’s still working and is still considered enough of a name to star in a new movie now and again. Like so many from his era he’s become one of those individuals that one can’t help but think is popular thanks to nostalgia but otherwise might be old news or worse, no news at all. It’s interesting to think about how older actors such as Keith get by and how they continue to get jobs, but it’s also nice to see that he and many others haven’t faded away completely since just thinking of the movies he’s helped to make bring back a lot of good memories. One in particular comes from Adventures in Babysitting, which starred Elisabeth Shue along with Keith and a couple of other noted actors of the time. That movie was without a doubt one of the funniest of the era and among the most kid-friendly since it was toned down just enough to make the story appear to have a few dangerous moments while still giving the kids a way to escape and eventually return home safe and sound. To say that Keith was a big part of that project is more than accurate since he was playing the part of the kid that wanted so badly to impress his babysitter, who of course was very alluring Elisabeth Shue, and suffered a big case of puppy love that obviously wasn’t going anywhere but made him a much easier character to relate to. So all in all it’s hopeful that we’ll continue to see Keith doing what he does and that he’ll continue to have success in his career, as it’s always fun to see a face from the past.