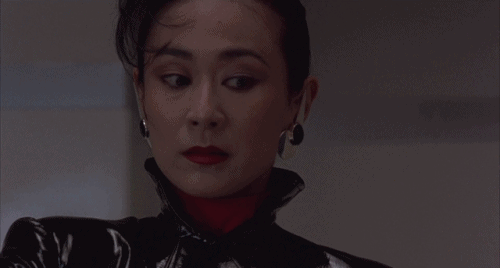 It’s likely that you’ve seen Kim Miyori in a few different projects since she’s been around for a while and has worked alongside a few big names in the past, but it’s also true that she’s taken on a lot of projects that are rather fleeting and might not have received the attention that the filmmakers were hoping for. In any case she has a respectable resume and is one of the many actors that has been in the business for decades now and is still there doing what she apparently enjoys doing. A few of her biggest projects include The Punisher with Dolph Lundgren in the titular role, The Grudge 2, and Babylon 5. Throughout much of her career she’s been shown to be a talented actress that definitely has a love for what she does and is skilled enough to take on role after role and stick around for a while when it comes to TV. Given that a lot of people don’t likely know about her unless they’ve followed her career it’s easy to think that she’s someone that’s seen as more of an extra or a supporting actor when in truth she’s given a good deal of substance to whatever project she’s on so long as she’s fully involved in her part of the story and is given the necessary chance to show that she can and will deliver in a manner that is complimentary to the project.

From a personal standpoint one role that stands out is that of Lady Tanaka from The Punisher. Made back in the late 80s this version of Marvel’s hard-bitten mercenary wasn’t necessarily true to the comics since he didn’t sport the skull logo on his vest and he didn’t exactly roll like the character in the comics, but when you factor in the idea that Marvel heroes didn’t really start following the source material until later on then it was just fine since he had the attitude down and was one tough individual. Let’s be fair and say that Dolph Lundgren’s acting ability has never really outstripped his IQ, which would be difficult in any case since the man is a definite genius despite the fact that he looks like a bruiser to the core. But in The Punisher he was a man that had lost his family, as the story goes, and had gone into a deep, dark depression as he’d taken to ridding the world of those that would prey upon the innocent. So in a sense he was the same character but without being fleshed out as he was in the comics. Lady Tanaka however was someone that was even more ruthless than any other mobster Frank had ever gone up against since she was willing to go to any means to get what she wanted, and yet in the end she went out fairly easily, while her adopted daughter was kicking the hell out of Frank before he snapped her neck and moved on.

Kim has the ability to play one end of the spectrum to the other, meaning she can play sweet and innocent or she can play downright nasty and meaner than a cobra that’s just had its tail stepped on. That kind of range has always been impressive but it hasn’t always elevated those who have it since there’s a certain combination of looks, skill, talent, and charisma that people tend to look for and for one reason or another Kim has failed to live up to that list at times. She can be a scary-looking individual or she can portray the kind of woman you’d like to sit down and just talk to for hours on end, but whatever ‘it’ factor that some actors have, she doesn’t have quite enough to get her to that next level. Instead she’s been hanging out at a respectable and very moderate spot on the Hollywood ladder and has been there for years now, taking on one role after another to keep herself busy and to maintain her place in the business. There’s nothing wrong with finding a niche and sticking with it obviously as it’s done fairly well for her and has allowed Kim to live pretty comfortably.

Her net worth isn’t anything to sneeze at even if it’s not the most impressive in the business, and she has taken on some very interesting roles throughout her career. To say that she’s not talented enough to move forward wouldn’t be accurate at all, but to say that she just hasn’t received the right chance might be a bit closer to the truth. She either hasn’t been given the chance, or she’s happy where’s she’s at. Either way it would appear that she’s bound to stay at the current level she’s inhabiting in Hollywood, and is doing just fine.