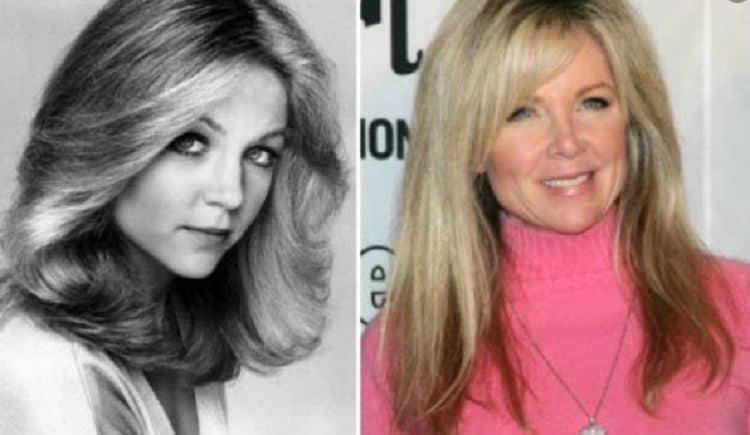 This is how anyone can know for sure that nostalgia is a big thing at the moment, the mere mention of stars such as Lisa Hartman, Donna Mills, and many others that were idolized decades before has become kind of common. The thing about Hartman though is that she’s not only multi-talented and has been in the music industry and show business, but she’s still there and still working it to this day. It might be that it would take an older fan that’s more knowledgeable about the greats that frequented the airwaves decades ago but she’s not hard to find and she’s not hard to enjoy either since as a performer Lisa has been quite talented for a good number of years and has been able to maintain something of a fan base for just as long. As her family might have confirmed back in the day she was born to be a star since she started out wanting to perform at the age of 4 or 5, when a lot of kids find the need to scratch that creative itch by getting up in front of people and doing what comes natural, trying to seek attention in one way or another. For Hartman though, acting and singing just came naturally and it wasn’t too long before she was making it work for her and had become quite the high school sensation. Before that though she did manage to shoot a couple of commercials with John Wayne, so it’s fair to say that her shot came a lot sooner than some.

Having been married to country singer Clint Black for so long she’s had a pretty easy time holding onto her fame and status for a couple of reasons, one being her own fame that she’s amassed and the other of course being her husband, who’s also been well-known to many fans throughout the years. These days some people might ask ‘who’ if one mentioned her name in a conversation, but a lot of the old country music fans would likely know her name without being prompted and would talk your ear off about her. That’s kind of how the business goes though, some people are remembered on a universal scale while others belong more to the niche that they found when they were younger and clung to for a long time. It’s comforting in a way what she’ll be remembered for a long time to come since country music and its fans aren’t going anywhere, meaning that the legends both living and past are bound to enjoy the love of the people for some time to come.

Her net worth isn’t quite what one might think but it could be that she’s been living within her means for a while and it could also be that apart from being a country singer her acting hasn’t been the biggest thing that’s elevated her in the course of her career. She’s not bad mind you, it’s just that her singing and her marriage to Clint have definitely been big talking points among fans and it’s very likely that this is what people have focused on more over the years. The role she took on when appearing on Knots Landing is likely another way that a lot of people will remember her since an actor had to be an extra for a lot of people to forget anything about that show. It was definitely something that people saw as important, life-changing, and for many reasons an iconic show, and the idea that it would end at any point was something that many people weren’t ready to accept. But end it did, and the actors went on their separate ways, and for Lisa things just moving on as the years rolled by. She’s kept busy since then with TV movies and other projects that have kept her busy, and while it hasn’t elevated her to blockbuster status it’s kept her around and helped her to maintain the lifestyle that she’s grown accustomed to, so it’s a win-win situation.

One has to wonder what’s going to happen when the names of many of the old actors that we once used to watch, and in some cases do still watch, finally fade in such a way that even the archived data will be tough to find. On that day, which might never come thanks to the advancing technology that continues to take such leaps and strides, it might be a sad moment to realize that some of the best names and brightest stars that helped to give rise to some of the most talented people today are well and gone, relegated to little more than fading memory and retrievable data that a lot of people might only care about in passing. Thankfully that’s not this day, since it’s pretty easy to see what Lisa is up to at this point.