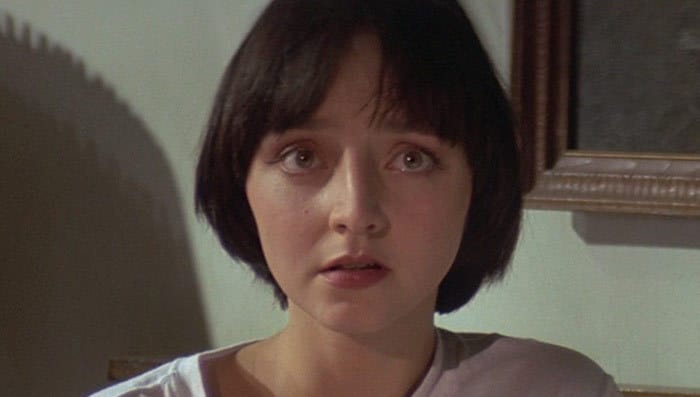 Maria De Medeiros is one of the many actors that a person would have to actively follow in order to find out what has become of her over the years since she’s been working pretty steadily for quite some time but has been starring in many movies that a lot of people might have no knowledge of and no inclination to find out. In other words, she’s done a great deal of work that has made her successful, but not necessarily famous in every circle. What she has done thus far in her career has definitely elevated her over the years in a big way since she’s been an actor and a musician, and has directed, proving that she has a fairly wide set of skills that can be used to her advantage. So then why don’t more people know about her? That’s largely because she’s been in more foreign movies than a lot of American blockbusters over the years, and even then it’s largely because she’s a lesser-known name in American cinema, which is a big reason why a lot of people don’t know but to anything about her. It’s not so much the desire to follow American actors over everyone, but it does have a lot to do with showing up in movies that tend to be given a lot of hype and a great deal of attention by the fans and by the critics, such as Pulp Fiction was.

Even then, her role as Fabienne, the girlfriend to Butch, played by Bruce Willis, was kind of short and not all that vital to the overall story, but Tarantino apparently figured it was worth having her in the movie to serve as a plot point that would be necessary for Butch. Since that time though it does feel as though she kind of went in a different direction, but in reality, she’s been off doing her thing. That’s one very important note to make, a lot of Americans do pay more attention to American movies and kind of disregard the rest of the world when it comes to their contributions, which is fairly typical but also a little shortsighted. Personally, I’m not a huge fan of a lot of foreign movies, but plenty of them are widely popular in many areas of the world, and many have been made available in one way or another to Americans that are very interested in watching what others have to offer in the way of entertainment. Widening one’s scope to at least acknowledge that other countries have their own film industries is a smart move since it makes things clearer when wondering where certain actors have gone to when it would appear that they’ve simply disappeared.

Those that seek Maria out will no doubt find that she’s been quite the accomplished actress and musician over the years as she has taken on both parts of her fame with great success and has been doing this for long enough that at the age of 55 one might think that she could possibly be thinking of retiring soon. In truth, it does look as though she’s still going strong and has no plans to step away yet since she was fairly active in 2020 and has continued to make her way forward in a time when many people are still wondering what the future holds for the entertainment industry around the world considering how hard the pandemic hit everyone. Much like anyone else in the business, Maria has built her own stability as she has weathered the pandemic and continued to push forward as she’s continued to embrace her career in order to do what she can to make things work for herself and those around her. To say that she’s one of the many inspirations of the acting world would be accurate since she’s been doing what she can to keep things going, which is what’s needed for the entertainment industry and pretty much every facet of life at this point. It’s difficult to say if she’ll ever be seen in another American blockbuster, but right now it would appear that she’s perfectly happy where she’s at and might consider sticking to the course that her life has taken at this point.

Figuring out where an actor has gone is usually simple enough unless they’ve cut off all contact and done what they could to erase all traces. Even then, finding them isn’t that hard since once a person has been a part of the scene that helped to make them famous, it’s difficult to get rid of all records that show that they ever existed in the business. But in Maria’s case, acting is still very much the way she’s paying the bills, she’s simply decided to find her fame in a different venue.

Wesley Snipes Was Advised Not to Take the Blade Role