Home
Entertainment
Whatever Happened to Mark Boone Junior after Sons of Anarchy? 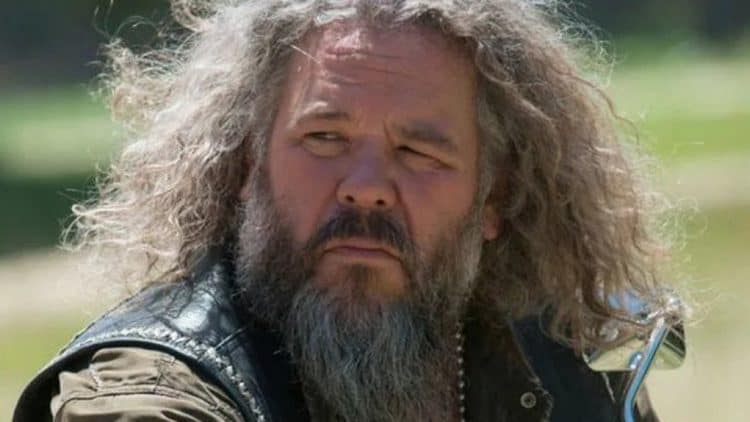 Mark Boone Junior is one of the ‘everyman’ types that exist in Hollywood that have been there and done that and keep coming back for more. He had a long and successful career before his time in Sons of Anarchy and he’s been keeping busy since that time as the show finally ended in 2014 and he’s still doing his thing even if it feels that he might have slowed down a bit. As Bobby in SOA, he was the Treasurer Secretary, which meant he was in charge of the club’s finances and had to account for their spending and what they could afford. Plus, as an older member of the group, he was well-respected by pretty much everyone since he was usually quite calm and managed to exude that same sense of tranquility when he was around his fellow bikers. It wasn’t uncommon for Bobby to try to ease tensions between members or simply stay out of the way and let things shake out as they would. Bobby was never the type of guy that would get as angry as anyone else and he usually sat back and watched things happen until they were about to get too out of control. As one of the members of SAMCRO, he had an allegiance to the club but he also managed to care a little deeper about certain members, which was pretty normal.

Since then he’s kept at his career and even showed up in The Mandalorian for an episode under the name Ranzar Malk, an old acquaintance of Din Djarin. Unfortunately, the prisoner that Ranzar sent Din and his own crew to liberate had every intention of doublecrossing Din since not only did the crew end up turning on him, but Ranzar was willing to dime him out to the Republic as well. Din managed to get the last word by leaving a tracer in Ranzar’s station, but it’s uncertain as to whether or not the X-Wings that showed up destroyed the station or just crippled it. Finding that he survived and could come back to trouble Din again would be interesting since it’s likely that a mercenary boss would be someone that might side with the Empire to make Din’s life a little more miserable. Maybe in season 3 he’ll be back, or maybe not, but at this point he’s still doing his thing and is turning in one performance after another that’s easily recognizable to his fans since he’s been around so long that unless he’s covered up by makeup or a bodysuit he’s hard to miss.

A lot of times Mark has played very scruffy or greasy-looking characters as he did in 2 Fast 2 Furious, Seven, and even Batman Begins. He’s the kind of guy in said movies that a person might not want to deal with since he looks as though his allegiances might shift at any given moment, but he’s played the part of a respectable individual a few times. The unfortunate part is that Mark’s look kind of pegs him as someone that might be better off sporting the long hair and beard since it suits him to be a little more gruff. That kind of typecasting is what a lot of actors would rather stay away from, but sometimes it does help since it keeps them working and they might be willing to deal with it since it’s what they can do and offers up enough interesting roles that can sustain their career and keep them going. But with Mark it’s been seen that this is where he really excels since anything else isn’t too bad, but he’s still been more effective playing the part of the guy that you don’t want to trust too far. Following SOA it’s fair to say that people would need to know where to go and what to watch in order to see him. The fact that he showed up The Mandalorian was kind of nice but it was such a short role that one can imagine that a lot of people didn’t catch it. Since SOA though he hasn’t really had a lot of big roles that have sustained him the way the show has. He’s been busy of course, but SOA was constant and had him showing up continuously where moving from one project to another kind of takes him out of the public eye quite a bit.

It’s usually interesting to find out which actors prefer to get the job done and then kind of disappear for a while, and which ones immerse themselves in their career continuously. Mark definitely sticks around to work, but there are times when it feels that he takes more low-key roles in order to take it easy, or perhaps because he’s not quite up there with some of the A-listers. It’s hard to say really, but it’s always fun to see him show up.