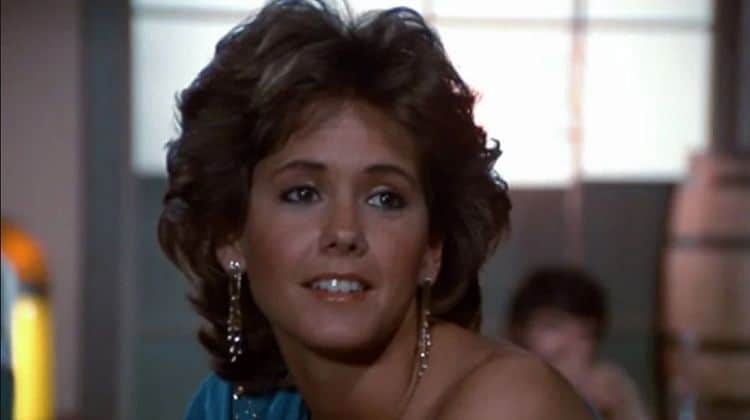 It’s stated in her bio that Melinda Culea is still active when it comes to acting but upon looking at her resume the most recent thing that shows up is from 2001. Perhaps there have been a lot of cameo or bit parts that she’s accessed since then, but it could also be that the 64-year old actress is being selective in the roles she takes and holding out for the right ones that she feels will help to elevate her to where she wants to be. That, or it could just be that her fame from the 80s and 90s didn’t translate well to the last two decades and she did her best to stay on but has been doing what she can to maintain whatever she still has at this point. For a while she was a part of the popular show The A-Team, but it does sound as though one of the actors had an issue with her being around so often and wanting to be included in a much bigger way. This actor actually didn’t get along with Melinda apparently and pushed for taking her role down even further until she was a non-entity on the show. Eventually she did depart the A-Team and it’s believed that the actor in question had a big hand in it, which is kind of ridiculous since it might have made the show a little better given that while it was still great there was always room for at least a little improvement.

As has happened to so many actors that were well known in the 80s and 90s however Melinda’s career has faded largely into obscurity it would appear since asking anyone who she is, anyone that was born in the late 90s and after, is bound to draw a blank stare since to many of those that were born after the 90s those days are ‘the old days’ much as the 70s and 60s are considered by others. She did have a great reputation and career for a good amount of time but in show business things move so fast at times that it’s hard to really determine where a person is going to end up and whether they’re bound to be as popular as they were when they first got started. But when it comes to a lot of those that were gaining a reputation in the 80s and 90s it feels as though a large number of them either had to change a great deal in order to keep their spot, or faded off and went on to other paths that veered away from show business or kept them in the loop at the very least. In some cases however it does appear that we get to hear about those that were famous way back when every now and then as nostalgia takes hold and we get to hear their names once more for whatever reason.

She as been listed as an executive producer in recent years so this could be what’s keeping her afloat, or it could be the massive net worth that she’s amassed throughout the years since she’s worth a reported $107 million. That’s likely the biggest explanation why she hasn’t returned to the screen since who in the world wants to keep going through the rigors of trying to find new gigs when they’ve got a healthy cushion that they can do more than fall back on, but can live off of for a very long time if they live within their means. After finding out what she’s worth it’s easy to think that Melinda invested her money wisely and while she didn’t retain any serious prominence on screen she definitely maintained a lifestyle that’s treated her well off screen. Ever notice how those that spend the most money are those that get the most notice in the news since it either turns them into a serious philanthropist that people love, or a celebrity that people love to jeer at since they make such poor decisions? That could be one of the biggest reasons why we haven’t heard from Melinda that much in the past, she’s had her nose down and has been focusing on doing what she could to amass her fortune, and it’s worked. Unlike so many others in show business that kept their fame and eventually went broke she’s manage to slip off the radar while she kept collecting and made enough to be seriously impressive.

It still boggles the mind how a celebrity can go broke by making such poor decisions, but remain absolutely impressive when someone like Melinda, who had her time in the spotlight but faded out, has created such a fortune while her career continued to dwindle, at least when it came to being onscreen. That’s Hollywood for you.