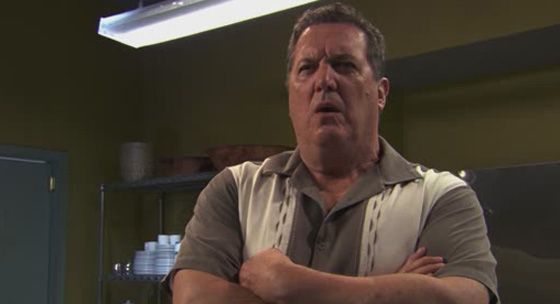 One has to wonder what this guy HASN’T done in his career, it might be easier to find such moments since Mike Starr is the kind of actor that a person can find just about anywhere they look since he’s been such a common face in so many movies and TV shows. From the start of his career to this point he’s been so easy to find that one has to wonder just how many different roles he’s taken on through the years, and how he’s not any bigger of a star than he is at the moment. A lot of people could probably pull a few movies that they’ve seen him in, and likely a few TV shows as well since he’s been just as prominent on the small screen as he has on the big screen. He’s definitely one of those individuals that one could say is a hard worker and is there to help with whatever production he’s on as he creates a character that is sometimes despised and at others times the kind of guy that you’re not really sure of but could be a good guy if you really get to know him. Mike’s appearance makes it easy to stereotype him as the bad guy no doubt since he looks a bit sinister at times, but his acting talent is great enough that it’s very easy to think that he might not be as tough as many of the guys that he portrays on screen.

His net worth of $2.5 million feels kind of low for all that he’s done in his life, but it’s nothing to sneeze at since he’s starred alongside some of the most famous names in cinema and done just fine with it. One particular memory comes from the movie Funny Farm, in which he played the short but amusing role of a mover that was tasked with transporting the household items of a writer, played by Chevy Chase, to a small, out of the way town that few people knew about called Redbud. He and his partner on the trip, played by Glen Plummer, first had to find the way to the town, and when they failed to do that they tried to cross an old, wooden covered bridge with a moving truck, only to have to shift it into reverse quickly when the bridge was threatening to collapse around them. This is where Mike’s acting comes in since he can be completely deadpan when he needs to be and yet convey the emotion that people love seeing since his tense silence speaks volumes at times. And yes, when he chomps on a mouthful of antacids like they’re candy, it’s simply classic.

Another role that a lot of people likely remember came when he starred in Dumb and Dumber alongside Jim Carrey, Jeff Daniels, and his partner in crime for the movie, J.P. Shay. Playing the part of a hired hitman and retriever, Mike was picked up by Carrey and Daniels, aka Lloyd and Harry, when he acted out the part of a person whose car had given up on him. When the two men decided to pull a prank on his character by spicing up his hamburger with a mound of spicy peppers his ulcer took over and sent him into a fit that required the medication he carried with him. Unfortunately, he was also carrying rat poison to use on Harry and Lloyd, and the two fed him the poison instead. His dying gurgle was extended to another scene when Harry felt guilty for his death, but that was about where it ended. Mike has taken on a lot of roles that were pretty short, but somehow they’ve worked in a way that has made him very recognizable since he’s definitely an intimidating individual that people might simply see as the bad guy a lot of times, even when the desired role isn’t all that bad. Another role that really made him appear creepy came in the movie Hoodlum, which was a very loose version of the life of Ellsworth “Bumpy” Johnson.

Interestingly enough, Mike starred in this role with his real-life brother Beau, as they played the Salke brothers who were hired by Dutch Schultz to eliminate his rival, Bumpy Johnson. Of course, Hoodlum was based around a lot of urban legends and hearsay and wasn’t entirely real, but the scene in which Mike was singing “Silent Night” while his brother snuck up behind one of Bumpy’s guards was just unnerving since hearing his voice go up that high and seeing the look on his face…yikes. But again, that’s a huge credit to his character and his acting ability that he’s able to take on the characteristics of any role that he accepts. Take a look at his credits, this guy has done a lot in his career.