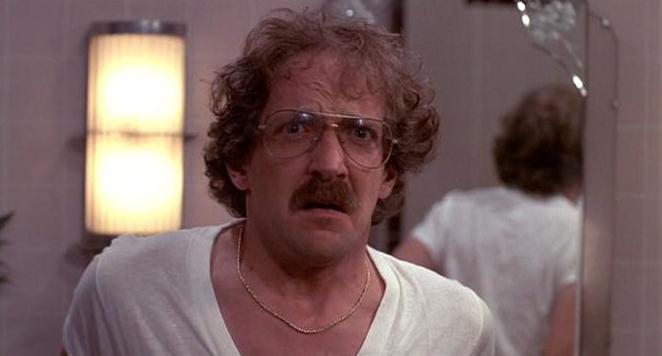 In the â€˜60s, stand-up comedy was really starting to roll, gaining in popularity and building a fan base that would stick with it through thick and thin. The â€˜70s saw that starâ€™s continued rise, and it seemed to culminate in the â€˜80s and â€˜90s, when stars like Richard Pryor were at their peak, and future stars like Eddie Murphy became bigger than the Milky Way itself. As of late, the genre has tapered off somewhat, its place being taken by self-promoters on social media sites like YouTube and such. Yes, comedy, at least the stand-up variety, has taken a very different turn.

But that doesnâ€™t mean that it hasnâ€™t paved the way for the comedians of today. Most of that paving was done by those mentioned above, and before them was funny people like Lenny Bruce, George Carlin, and Pat Proftâ€¦but wait a minute! Pat Proft? You havenâ€™t heard anything about, or from, him in ages! If you are like many of our readers, you are asking yourself at this very moment, â€˜Whatever happened to Pat Proft?â€™

For those of you who arenâ€™t familiar, Pat Proft was a comedian who got his start as a one-man stand-up comedy act in the mid-1960s working with Dudley Riggsâ€™ Brave New Workshop, and he went on with his act legitimately in the latter part of the decade. While there hasnâ€™t been much from him as of late, he definitely made his own mark in the world of stand-up comedy, but what has happened to him over the years? Thatâ€™s what weâ€™re here to find out.

Below weâ€™ll discuss more about Pat Proft, the man and the comedian, and weâ€™ll discover what he has been up to in recent times. While he may not be one of the prominent funny people on your mind, he forged his own place in the annals of stand-up. So, letâ€™s take some time to find out whatâ€™s been keeping him busy.

Whatever Happened To Pat Proft?

Born in 1947 in Minnesota, Pat first worked with The Brave New Workshop in Minneapolis before taking up with The Comedy Store in Hollywood in 1972. In the earlier part of his career he worked with Zucker, Abraham, and Zucker, as well as The Smothers Brothers. Proft also worked as both an actor and director in films, primarily comedy, with such titles to his credit as installments of the â€˜Scary Movieâ€™ franchise, â€˜Bachelor Partyâ€™, and one of â€˜The Naked Gunâ€™ installments, just to name a few. Prior to his work in film Proft also did stints on television in the early-to-mid seventies, but mostly as a writer.

As with any career, Proftâ€™s has had its ups and downs, and while he may not have been a household name in your home, he definitely forged his place in showbusiness history. We must remember that celebrities also have a personal life to maintain, and many forego that aspect of the beings for the state of their career. Proft, however, seemed to choose the former over the latter, as he married actress Karen Philipp in 1963, and the couple later had a son, Patrick. Proft, of course, worked during this time, but by all appearances he kept his family at the top of his priority list. While his career has maintained a steady pace over the years, his peak years were the seventies and eighties, with some good years in the nineties. And he has managed to keep working since then, with many more credits added to his name in the last couple of decades.

During the â€˜90s, which was something of a â€˜slowing downâ€™ time for Pat, and the 2000s, which was more of the same, he proved that he was able to work and support himself and his family comfortably without standing endlessly in the limelight for extended periods of time. It was during the course of these years that he wore a variety of hats as actor, writer, director, and producer, along with taking on tasks such as script consulting and doing a lot of directing and producing. He was involved in 1991â€™s â€˜Hot Shots!â€™, â€˜The Naked Gun 2 Â½: The Smell of Fearâ€™ (the same year), â€˜Lame Ducksâ€™ (1992), and â€˜Hot Shots! Part Deuxâ€™. These were followed up with works such as â€˜Wrongfully Accusedâ€™ and â€˜Mr. Magooâ€™, as well as a number of sequels following some of the films listed above. These projects kept Proft working consistently well into the 2000s.

Here it is, 2020, and many find themselves wondering about this talented and versatile performer. If you have wondered about him lately, you are not alone. But he hasnâ€™t had his face completely hidden from the public eye. In 2019 he did a Q & A session to get the Mpls Comedy Festival started, and he also did an interview recently with WCCO, a Minnesota-based CBS affiliate. It was during this interview that Pat spoke of the work he did over the years with the recently deceased and much-loved Leslie Nielsen.

It is also from this particular interview that we are able to glean what should have been obvious to us all along: Pat Proft has been a steady part of our movie world since most of us have even been able to gaze at the big screen with understanding. Movie franchises like â€˜Airplaneâ€™, â€˜The Naked Gunâ€™, and more are the silly hits that many of us grew up with, and they are now a part of cult movie history. Well, Pat was a huge part of them all.

So, what is he doing today?

Well, the 73-year-old Proft is content to stay at home with his loved ones, but he does discuss and consult when it comes to showbusiness, not to mention that he still does some writing from home. When we consider all this man has contributed to from what seems like the sidelines, we are tempted to be a bit overwhelmed. Is it truly possible for a person to have so much to do with so many things and not be a well-known superstar? The answer is â€˜yesâ€™, as I think we have discovered here today.

Pat Proft has obviously had a full, and fulfilling, life. It is a life we can all say we have appreciated, in one way or another, even if we didnâ€™t know he was the reason for our appreciation. But isnâ€™t that really what itâ€™s all supposed to be about? Satisfaction without suffocation. Hopefully he has experienced this through his career.

Thanks for the contributions, Mr. Proft.