Home
Entertainment
Whatever Happened to Paul McGann after Doctor Who? 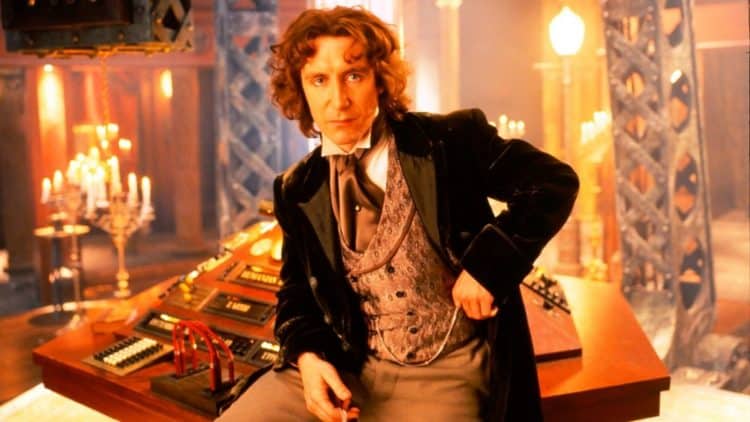 Some acts are kind of hard to follow once they’ve helped an actor establish themselves as a particular character, but thankfully that’s not really a problem that Paul McGann has had in recent years, or ever since he was done with playing the part of Doctor Who. Many fans will likely realize that Paul had a strong career before his turn as the good Doctor and has been continuing that same career after his time spent on the show. He’s gone back to revisit the show a couple of times now but has still been able to keep moving forward after it since obviously, he’s an actor that isn’t really bound by one role. In some cases, it could be said that this might indicate that he wasn’t really that serious about the role, but it could also be that he’s simply not bound by a single role and is able to slip into and out of any role he needs to when the camera is on. There are plenty of actors that have this talent since it kind of comes with the territory, as many people need to be able to go with the flow as it were in order to get the job done. Actors that can’t remain versatile and fully capable of letting go of a role are often those that struggle to find anything else they can do, leaving them to be typecast or seen as kind of a one-trick pony.

Just looking at his filmography is enough to show that he’s been active in narration, movies, TV, and has been most active in audio roles, which is where he’s been hanging out in recent years, lending out his voice for one project after another in order to make a living. In some ways, some actors are a lot more comfortable using their voice but somehow still get nervous when they’re on set. This is a strange phenomenon that a lot of people have been able to see, but it doesn’t appear to be an issue that Paul deals with. Instead, people tend to gravitate towards various projects that catch their interest and are more or less something that the actor finds interesting enough to engage in for a while. In Paul’s case, it would appear that he’s not firmly bound by any one style since he’s moved back and forth between TV and a few other types of projects that likely keep him pretty busy most of the time. One might wonder how anyone can keep anything they’re doing straight when trying to navigate their way between one project and another, but for many actors it likely becomes second nature since they’re expected to focus up and get into the part they’re playing, meaning that they need to be focused on the here and now in most cases, which is probably one way that this is possible. Anything else just sounds too confusing, but everyone has their own method.

Doctor Who is one of the many roles that a lot of people might easily vie for and is considered in the realm of pop culture to be a true fan favorite, but it’s not the end-all and be-all for an actor that has been around for a while. It’s a feather in the cap, so to speak, without any doubt and it could possibly be considered to be a high point of some actors’ careers, but thinking that it would be the one role to end a career on is kind of dramatic, not to mention unwise since it might easily cancel out a lot of what the actor has done in their life if such a thing were to happen. Those that come to the role such as Paul did, with a full resume behind them that he was likely intent on expanding, would no doubt be wise to consider the role as something that they could use in their continual push forward in their career, but apart from that it’s not all there is, and it’s wise to treat the role for what it was, a grand chance to contribute to a story that has been ongoing for a while and has made good use of several individuals that have taken the place of the Doctor when they’ve been cast. Apart from that, it’s a role that could be assumed by just about anyone that has the right amount of talent and happens to be in the right place at the right time. A lot of people were up in arms when Jodie Whittaker was given the role, but speaking in all fairness the role of Doctor Who is one that’s capable of being taken on by a lot of people. Paul did right by the Doctor as far as many fans are concerned, but he’s done right by himself by continuing his career once the role was over and done with.