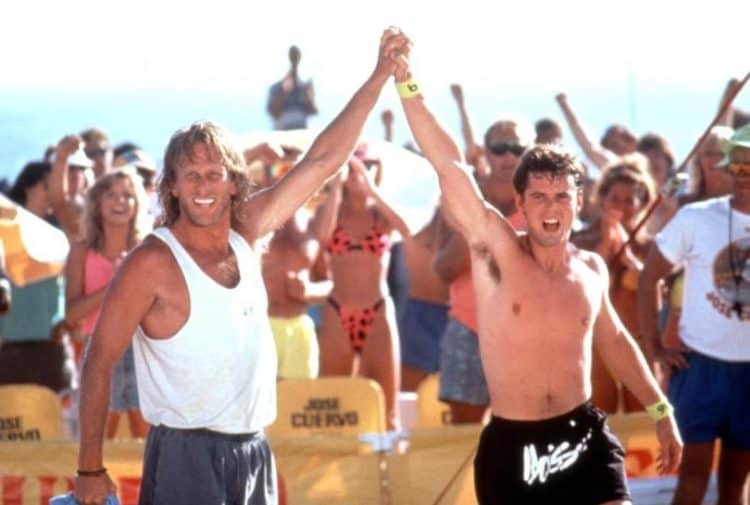 It’s interesting to take a look around and see just how many older actors you might remember from decades ago are still around when you might have believed that they’d fallen off the map or finally hung up their acting hat and retired. Peter Horton is still very much in the game and has been seen on TV and in a few lesser-known movies throughout the years. He’s even picked up a few writing, directing, and producing credits during his time as he’s diversified much in the same way many actors do throughout their careers. Those that knew about him in the late 70s and into the 80s likely remember him for movies such as Children of the Corn, which is still a well-respected horror movie despite the effects of the time and the many different spoof ideas that have risen from it throughout the decades. He’s also been the star of movies that faded into obscurity such as Side Out and 2 Days in the Valley. It’s hard to say that his career has really been headed on an upwards trajectory when it comes to acting, but as I said he did manage to diversify and as a result he does have a good number of producing and directing credits to his name.

An interesting part about Peter is that he was once married to Michelle Pfeiffer in the 80s for a period of time and apparently even ‘saved’ her from a vegan cult of some sort. While Pfeiffer had this to say back then:

“I don’t believe in women being saved by men, but … I was very lucky,” Pfeiffer later recalled. “Peter drew me back into the world.”

Peter even went on to comment on their marriage as he was quoted saying:

“I broke one of my own Ten Commandments never to date an actor, especially one you study with. Then I married one!”

The two split in 1988 after a seven-year marriage that ended more due to their devotion to their work than anything, as they parted ways amicably, something that can’t always be said of Hollywood marriages. While Pfeiffer went on to see her career grow and expand in a big way though Horton stayed pretty much where he was, though you can’t really say that he wasn’t successful at all. He did manage to stay in the business and while he likely had to work a little harder to make ends meet than some, he’s been plugging away for years and is still in a decent position to call Hollywood his home in a way. Those that earned their way into the business so many years ago fall into several categories, but two of the most important are those that have kept working, in other words kept their nose to the grindstone and continued to earn whatever respect they have, and those that are still banking on past exploits and little else. Peter seems like one of the former thankfully since he’s been providing people with entertainment in one way or another since he was much younger, and while he’s never caught on as much as some of his peers, he’s still one of those that you can look up and realize has done a few things here and there that were more than worthy of praise.

Being a big part of Thirtysomething and a producer of Grey’s Anatomy have definitely been bright spots in his career since being a part of such well-respected shows would elevate just about anyone unless they failed to realize the significance. He did have an uncredited role as a cardiologist in New Amsterdam as well, though this almost seems as though it was a brief reminder that he’s still around and he can still get on screen and do his thing. Ever notice how older actors tend to do this at times as though to remind people that they’re still around? It could also be just a brief entrance to refresh the memories of the people and give the older viewers a reason to smile as a wave of nostalgia washes over them for a brief moment. In any case the great part is that he’s still around and still doing his thing, though these days it does seem as though he’s behind the scenes more than in front of the camera, and due to his experience in the business it would seem that others might be inspired and capable of learning from him as they continue along their way.

This is why you don’t discount the actors that have been there, done that, as they have the kind of life experience that is invaluable, even if they’re not huge megastars. They’ve been around before a lot of the stars that we watch now were really hitting their stride or were even known, so it’s smart to at least pay some respect to folks like Horton since they helped to pave the way.