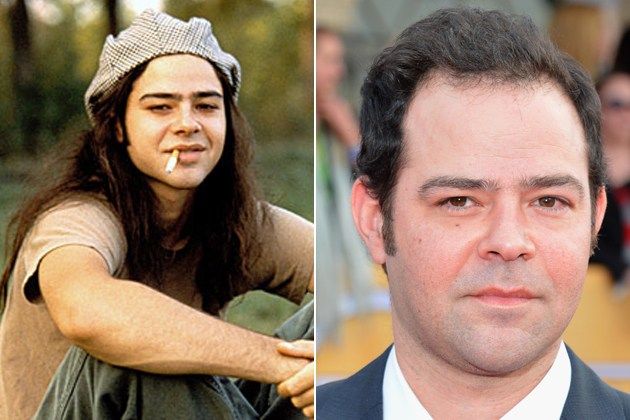 Obviously the role that Rory Cochrane is known for the most is Ron Slater from Dazed and Confused since the part of a stoner is hard to forget, especially if the movie is one that becomes a cult classic that people tend to hold onto and make a part of memory. Since that time however he’s still been seen around show business as he’s taken on more than a few roles here and there and been easy to notice since he did play the part of Stephen Flemmi in Black Mass with Johnny Depp. He’s been keeping busy throughout the years and despite not going back to the stoner role, since he probably couldn’t pull it off as well any longer, he’s managed to be a useful asset in several movies and on a few TV shows. In terms of recognizing him a lot of people would probably be able to point him out based on his looks but pointing him out by name might be kind of difficult since while he is a celebrity he’s definitely a middling individual that is great for the roles he’s picked for but doesn’t really stand out in a big way otherwise. That could be by personal choice or habit it, but it’s difficult to tell.

It could be that he’s pretty comfortable as he is though since his net worth is around $3 million which isn’t nearly as much as some of his costars but isn’t anything to scoff at either. In a way it could be that Rory is the kind of guy that simply wants to be where he is and maintain that level that he’s reached without going below or too far above it. The idea of reaching a balance point in a career is something that a lot of people strive for but don’t always achieve since the constant rise and fall of interest in Hollywood is something that no one can really do anything about. Thus far in his career Rory has ridden that wave of interest and has kept his career mostly afloat as he’s kept himself busy doing a role here and there but not staying too insanely busy even if he’s been a part of some of the more interesting movies of the decade. He’s done quite well just staying where he’s at in terms of his success and failure ratio and really his act is something that’s not perfect but it’s not horrible either so he fits in wherever he’s put. Rory is adaptable and versatile and can blend into a set, which is what’s needed a lot of times.

As far as stating any accolades he’s taken home his paycheck looks to be the biggest reward for a job well done that he’s received throughout the years and in lieu of how the award shows are being viewed by so many people these days that might actually be a good thing. It’s always uplifting to know that people appreciate what you’re doing and that they’re willing to nominate you for an award showing just how great they think you are, but at the end of the day an award is an uncertain guarantee that a person will start making more money since the statue they take home is something that states that someone somewhere thinks that they did better than anyone else. A paycheck is a guaranteed form of payment that lets a person know that they’re valued and that a person is willing to exchange hard currency they need for their chosen lifestyle in order to continue said lifestyle. So in essence, awards are great and all since they bestow status and a possibility of increased pay, but at the end of the day a lot of people are probably going to want the paycheck over the award if only because it’s a greater guarantee. It’s very likely that Rory would disagree since awards in Hollywood bring a huge amount of status and can lead to a bigger, better life that a lot of people tend to want, but without talking to him at the moment it’s too hard to say one way or the other.

At this point remembering him as the stoner kid from Dazed and Confused is the way that a lot of people would prefer since it’s easier and a lot more pleasing to the memory than some of the other roles he’s taken on throughout the past decade. When thinking about just where he went though it’s fair to say that he didn’t go anywhere as he’s had his feet on the ground and has been working hard to establish a successful and somewhat low-key career that gets him noticed but doesn’t get his face plastered all over the TV or on the big screen that much.