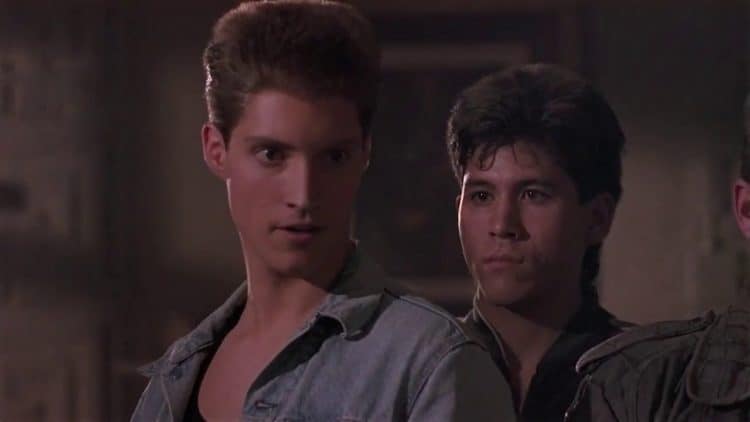 There are a few names that are kind of like a blast from the past, but if you remember Sean Kanan at all it’s likely that you’ve seen him in something in recent years or you remember him as the bad boy of karate from The Karate Kid III. Anything you might have seen Sean in hasn’t exactly blown up the charts, but he has been kept busy between work and his hobbies since the 54-year old has diversified a bit since making his way onto the scene. The role of Mike Barnes wasn’t his first role, but it was one of those that might have made a lot of people believe that he was going to be a bigger action star moving forward. While he’s definitely stuck around for a while and made himself valuable to those that are willing to pay for his roles, he still hasn’t ever seen the kind of popularity that might have elevated his game back in the day if he’d been able to take on a few major roles. As he’s gone along in his career though he’s managed to keep things steady and has at least done well to keep his reputation alive. It goes without saying that a lot of people want to see him come back to the party in Cobra Kai since the last we saw of Mike Barnes, he’d been defeated by Daniel in The Karate Kid part III.

Whether or not he’ll come back is difficult to guess since given that we’ve seen Kumiko and Chozen, and even Yuna, it’s likely that Barnes might come back if Sean is asked. Ali came back as well, and it only took so much convincing to get her back on board, but with Sean, he might actually be busy or decide that it’s not quite worth his time. Hopefully it won’t be the latter, since it would be interesting to see Mike come back and either connect with Kreese and Silver or perhaps reconcile with Daniel and be the deciding factor that helps Robby to break free by telling him just what kind of loyalty Kreese and Silver offer. One almost has to think that Mike was dropped like a bad habit after he lost the All Valley tournament to Daniel, especially when it was so obvious that  Mike’s vicious streak should have won the day on that occasion. But if he was dumped as a Cobra Kai it might be that he’ll be called upon to become one of them again, if only to remind people that he was one of the toughest opponents that Daniel had faced in his life.

Back in the 90s, it felt as though there were many names and faces that were bound to be famous one day and that would become the future of the action and drama scenes. Sean spent his fair share of time as a big name for a while, but after the realization hit that he wouldn’t be a big-name star he didn’t just fade away like so many others tended to do. Staying power in Hollywood is hard to come by at times unless a person can find some sort of talent that they didn’t realize they had, and even then there are usually a hundred people at the very least that might have that same skill and are just waiting for the person next to them or ahead of them to screw up so that they can take over. It’s the same way now as it was then, but to an even more insane degree since thanks to the advent of technology, those that might have never seen their face on TV or in the movies can do so now since such things as YouTube and other applications exist that can allow people to broadcast their images and life to the world. It’s a different scene than it used to be, but at the very least, Sean put himself out there where people could see him before the online sensations that attempt to become known now started pouring in. His name and his likeness have become cemented in pop culture in a couple of different ways and as a result, he’s someone that many people can still remember.

He’s not exactly ideal either since as of 2019 he was still working and he does have a host of hobbies that he enjoys including martial arts, scriptwriting, learning and mastering different languages, and a few other things he happens to care about. If he still has the chance to become a big name in the industry or not is hard to tell, but seeing him come back to Cobra Kai next season would be great even if it’s just for a couple of episodes since he could be another counter to Kreese, or another obstacle.