Home
Anime
Whatever Happened to the Animated Series Black Butler? 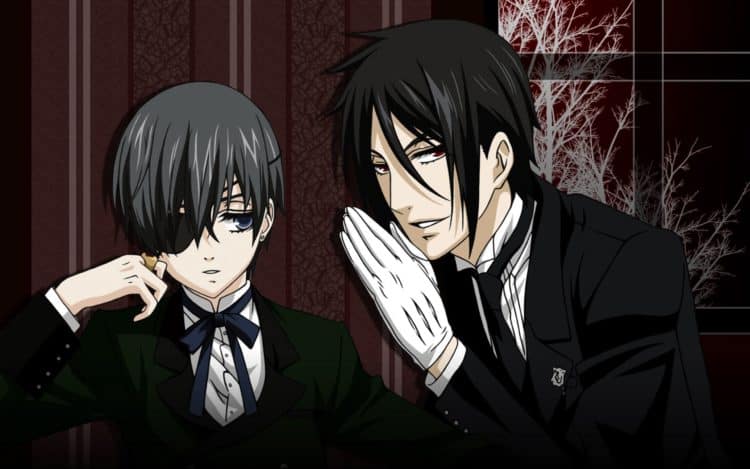 Black Butler is the translated name of Kuroshitsuji. In short, it started up as a manga that was serialized in Square Enix’s Monthly GFantasy, which proved to be popular enough that it has been running for more than a decade’s time. Based on this, it should come as no surprise to learn that Black Butler has proven to be popular enough to secure multiple adaptations, with examples ranging from a musical to an anime that has had more than one season.

Story-wise, Black Butler is centered on a boy Earl named Ciel Phantomhive living in Victorian London. He inherited his position because his family manor was attacked by unknown assailants, which resulted in the deaths of his father, his mother, and his family dog. Meanwhile, he was sold by the unknown assailants to cultists, thus resulting in a month of torture that culminated in a sacrifice for the purpose of summoning a demon. However, the demon states that he was summoned by Ciel rather than the cultists, thus resulting in a contract that stipulates that the demon will help Ciel exact vengeance in exchange for consuming Ciel’s soul at the end. Ciel names the demon Sebastian Michaelis before taking him on as a butler, thus making the demon the titular character of the series.

Regardless, while the issue of those who attacked Ciel and his family is something that comes up over the course of the series, he is occupied with a wide range of other activities as well. For example, he is responsible for running the Funtom Toy Company. Furthermore, he investigates criminal cases for Queen Victoria, who was the woman that the whole period was named for. Due to this, the Black Butler series isn’t focused on a single plotline, which is perhaps unsurprising when its resolution would have meant an end to the series without some exceptional wiggling out of previous storytelling.

Whatever Happened to the Black Butler Anime?

As stated earlier, Black Butler has had an anime adaptation. Unfortunately, the anime is more than a little bit confusing, which might be connected to uncertainties about whether it would prove to be popular or not. For example, the first season of the anime had an anime-original ending in which Queen Victoria turned out to be the one responsible for the attack on Ciel’s family. Meanwhile, the second season retconned this ending, but consisted of filler for the most part, meaning that it met with what one might call a rather mixed reaction. Finally, the third season just straight-up ignored its predecessors and instead did a straightforward adaptation of one of the best-received arcs from the manga called Book of Circus, which is why it tends to be best-known under that particular name. Something that is particularly true because of its lack of a relationship with its predecessors.

On top of this, it should be mentioned that the Black Butler series has had numerous OVAs. However, the most notable should be the two OVAs that covered the arc called Book of Murder, which were released on the heels of the third season. Besides these OVAs, there was an animated movie called Book of the Atlantic as well, which is considered to fall into the same rough continuity as Book of Circus and Book of Murder.

Summed up, the animated adaptation of the Black Butler series is rather confusing. Certainly, interested individuals can just watch the series in the order in which it was released, but unless they have been forewarned, they can expect to encounter a fair amount of confusion over the course of the series.

Having said that, interested individuals should know that the Black Butler series is continuing on. This is true for the manga. Furthermore, this could be true for the animated adaptation, seeing as how the animated movie was a very recent release. As a result, it isn’t unreasonable to suspect that there will be more animated adaptations of the manga to come in the future. For that matter, some people might be interested to know that while Funimation has lost the license for the first season of the Black Butler series, it has been secured by Aniplex of America with the intention of releasing a new Blu-ray Disc box set in January of 2019.