Home
Movies
Whatever Happened to the Cast of “New Jack City?” 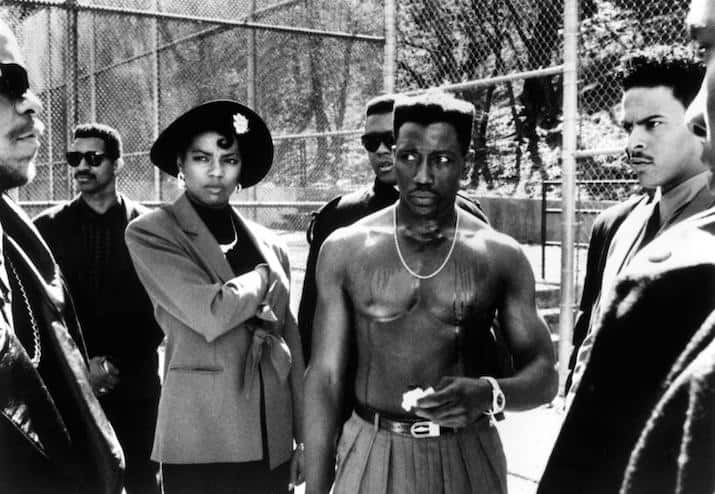 Audiences love to see films like New Jack City come out since they usually feature a cast that’s worth watching and a story that’s worth telling. No matter how much of it is fiction the idea gets across that this is a great movie for the times since it’s talking about a very real problem in a way that might not seem as real or as gritty as possible so as to spare the sensibilities of those watching. Honestly, New Jack City was a hard film to really own up to since it didn’t paint a lot of people in a good light and it made the cops look like fools at times while the criminals got live like kingpins above the law until the final bill came due. But at the end it offered a solution that a lot of people might agree with even if it’s not something that’s allowed by our legal system. Drug dealers should be thanking the US for the right to trial despite the crimes they commit.

Bill is one of those reliable older men that has had a long, long history of film and TV behind him before this movie and a successful career after. He’s one of the favorites among many actors since he usually plays a rather venerable individual that’s either very wise and kind or, in some cases, just tells it like it is. In this film he was the only one that seemed to have a perfect solution for putting the bad guy out of business.

Radio Raheem and Duh Duh Duh Man are probably two of his most remembered roles since Bill was usually one of the bigger guys on the set and for some reason was often typecast as one of the most slow-witted. Thankfully being big stopped meaning that a person was dumb some time ago since Bill was in some very intelligent roles throughout his career. Sadly he passed away in 2016 after a lengthy battle with leukemia.

For all that she did in the movie it didn’t seem like she got enough credit since her character was one of those ready to throw down at a moment’s notice. If you’ll notice while watching the movie she’s almost always there and ready to stick a gun in someone’s face at Nino’s say-so, perhaps even more so than her male counterparts. In the movie she was one of those women you just didn’t mess with. After this movie however she’s been seen to have a long and very successful career.

Chances are that a lot of us from the 80s will probably always remember Judd as the bad boy from The Breakfast Club. It was after all a part that he revolutionized in his time by being one of the grungiest, most foul-mouthed individuals ever seen on screen, and was very good at it. In this film he kind of had to give way to Ice-T but at the same time it almost felt like his star was on the wane anyway. Since then however he’s stuck around and been prevalent behind the screen as well as on it.

In a lot of ways this guy seems like he swings for the fences on a lot of his movies and misses as much as he hits. He’s a distinguished actor, there’s no doubt of that, but there are some movies that you kind of want to hide your eyes from his performance simply because he tries way too hard. Mario has had a long list of accomplishments and movies under his belt for years now, and he’s even nailed a few roles so well that it’s impossible to say he’s no good at what he does. To be honest he’s a good actor, but he does kind of put too much into the role sometimes.

This man is simply a legend without needing to say anything else. But since I need to I’ll go on to say that he’s had a stellar career after this movie and has maintained his place in history as an OG since the rap game wouldn’t have been the same without him there. He’s gotten older and settled down obviously but he’s still the same guy, just with a lot more wisdom to impart and a solid career to enjoy.

Chris Rock then versus Chris Rock now is kind like watching a video game character level up from absolute zero to legendary status. A lot of people don’t like him but a lot of people do and it has more to do with their taste in comedy than his talent on screen. As a cracked-out homeless man he was kind of hard to take since he was just so raw, but his other acts as he got older started allowing his career to broaden and his stock to rise as he continued to get more and more popular.

Did anyone else realize that Allen Payne was in The Perfect Storm? Honestly I had to go and look at the cast list again just to reaffirm and there he is. As G Money he was the perfect character since with Nino he was strong, but on his own he was kind of a punk. It was the perfect role however since he played it beautifully. After this movie Allen has managed to hold a career and done fairly well for himself.

Out of all the people on this list you would have probably expected Snipes to be the most successful since he was the star, the big man, and afterwards he went on to make a lot of movies and a ton of money. But after a while, and after getting in trouble with the IRS and the US government he spent three years in prison. Upon being released his career has still been suffering since he hasn’t been close to reaching the fame he once had.

Apart from Snipes, most of the cast have done fairly well in their careers.