Home
Anime
Whatever Happened to the Elfen Lied Series? 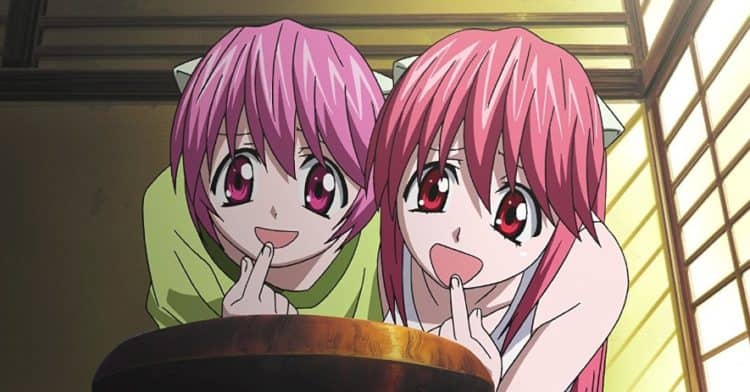 Elfen Lied was a notable manga series of the 2000s. In part, this was because of the transgressive nature of the material, which included gore, graphical violence, and psychological violence. However, it should be mentioned that the series proved to be popular, which is why people were aware of it enough for a fair number of them to be bothered by it.

Regardless, Elfen Lied was centered on the concept of a new mutant species called the Diclonius. In short, the Diclonii look like norman humans for the most part, though there is a notable exception in the form of two horns on their heads. However, what makes them stand out the most is the existence of their vectors, which are invisible but nonetheless very powerful “arms” that can manipulate their surroundings as well as cut them. Curiously, a Diclonius whose vector touches a human male causes said individual to become infected in the sense that their children will be born as female Diclonii who will be sterile.

With that said, the single most contentious issue about the Diclonii is their propensity for violence. In short, more than one Diclonii show enormous hostility towards humans, which they are prepared to act upon through the use of their vectors. However, the Diclonii have suffered horrific mistreatment, which is the unsurprising outcome when there are governmental policies to either exterminate them or imprison them in research facilities for torturous experimentation. Due to this, a good argument can be made that Diclonii aren’t naturally violent so much as taught to be so by their experiences, which is both supported and contradicted by various pieces of evidence presented in the series.

Ultimately, this is connected with the themes of the Elfen Lied series, which included abuse, prejudice, and the value of humanity. Somewhat jarringly for some people, the exploration of these themes was counter-balanced with romantic sub-plots as well as comedic elements, which were more reminiscent of series such as the contemporary Chobits. However, there were others who saw these lighter moments as being necessary intervals between the gore, the violence, and the darkness that ran throughout the series.

Whatever Happened to Elfen Lied?

Whatever the case, the Elfen Lied series has been concluded for some time. In total, there was a manga as well as an anime adaptation of the manga. However, since the manga was still ongoing at the time that the anime adaptation was made, there are some notable differences between the two because the anime went for an anime-original ending.

The manga ran for a total of 107 chapters, which were collected in a total of 12 volumes. Meanwhile, the anime ran for a total of 13 episodes. As a result, even if the anime adaptation had been 100 percent faithful, there would have been a significant need for excising non-critical material to make the story fit, meaning that there would have been inevitable differences between the two. As it was, those differences are even more significant because of the choices that were made for the anime adaptation, though to be fair, there were sound motivations behind them.

For those who are curious, some of the differences consist of characters who showed up in the manga but not the anime. This is unsurprising, both because the anime was an adaptation of an incomplete manga and because the anime had to cut off non-critical material. Furthermore, there were some serious differences in character personalities, with an excellent example being the main male character’s reaction to the revelation that the main female character was the one who killed his family. For whatever reason, there were also differences between the nature of the Diclonii between the two versions, with some being relatively minor whereas others are less so. For example, Diclonii in the manga could have as much variety when it came to hair color as humans, whereas Diclonii in the anime were limited to red and reddish hues. However, there is also a very significant change in that the female main character possesses much greater destructive powers in the manga than in the anime, so much so that she is capable of sinking an island.

Summed up, Elfen Leid has been concluded for a long time. As a result, interested individuals can binge it in either form in one go if that is what they want. Some people might also be interested to know that the manga artist Lynn Okamoto has continued doing other works, which include some that shares similarities with their predecessor.