Home
TV News
Whatever Happened to The Real Sofie Werner from Stateless? 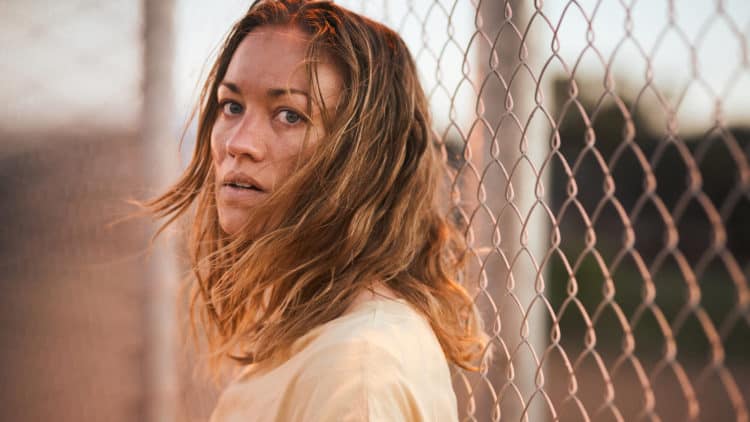 Troubling stories definitely play out better on TV than they do in real life since the plight of Sofie Werner on Stateless doesn’t sound nearly as bad as the character that she was based upon, Cornelia Rau, who over the past couple of decades has been detained, mistaken for an undocumented citizen, and has plenty of issues that stem from mental instability. Playing such a part is obviously bound to be a little difficult, but hearing that your character is based on someone that went through something that’s even worse than the fictional character had to endure. From interaction with a cult to being detained for a lengthy period of time, Cornelia endured a great deal of struggle that might have broken a lot of people. The fact that Cornelia resisted being fully identified and actually refused to speak to a psychologist when she had the chance is evidence that she had serious issues and was far worse off than Sofie could ever convince the viewers. And to be realistic, Yvonna Strahovski does a pretty good job with her role. When one considers however the number of years that Cornelia Rau was in and out of hospitals, prison, detention centers, and wasn’t even fully aware of what was going on, it’s easy to think that Sofie Werner has it a little easier in the series.

The whole issue of Cornelia being unlawfully detained years ago is one of the main points of the series since no legal citizen is supposed to be housed in a detention center, which many see as a cruel and unusual institution in any regard. But due largely to the fact that Cornelia would not work with police or those that were trying to assess who she was and what she was suffering from, she was bounced around from place to place without getting the help she really needed as her life continued to spiral out of control. Her family actually lost track of her at one point and had to search for Cornelia for a while in order to figure out what was going on. One can only imagine the horror and expectation of finding that she’d simply disappeared or would end up deceased, as this is the kind of thought that might run through any family member’s mind upon realizing that they aren’t able to easily locate one of their own. While much of the show is fictional and was based loosely upon Cornelia’s story, it also takes off in different directions as it explores the lives of a few other individuals as well in order to give rise to the real feeling behind the detention centers and how they become a place that in some way separates human beings from their common dignity.

What’s real is that like Sofie, Cornelia had massive issues, but whether they were more behavioral or something else is hard to say since she was so uncooperative with those that were trying to make an assessment. It’s rather difficult to tell what’s wrong with a person unless they decide to cooperate, and while Cornelia was still being shipped from one place to another she was giving as little information as she could, claiming different names and even refusing to talk. The saddening part of this is that talking just a bit to those that needed her information would have alleviated a lot of her suffering, but at that time it feels as though she didn’t believe she could trust anyone, which would suggest a serious mental issue that had yet to be resolved. Things have certainly changed for Cornelia however throughout the years, as at this time she is living in New South Wales and has created a quiet place for herself where she can possibly exist in some sense of harmony, away from the madness that became her life for a while. These days she attends classes, stays active, and for the most part is well-known to Australians but still doesn’t recall a lot of her own story. That would almost indicate a mental block of some sort, or an active effort to not remember or disclose what went on at that point in her life. One can easily come to the conclusion that no one would want to remember being shipped from one hospital to another and treated in a manner that was akin to being mentally probed by one person after another. Nor would one want to remember being detained unlawfully like a criminal, much as others have likely felt throughout the years. The show is being made to show not only, in part, Cornelia’s story, but also the inhumane practice that many would call detention centers.

While you might not know a lot about Cornelia, it’s interesting enough to take a look in an effort to understand why her story is important.