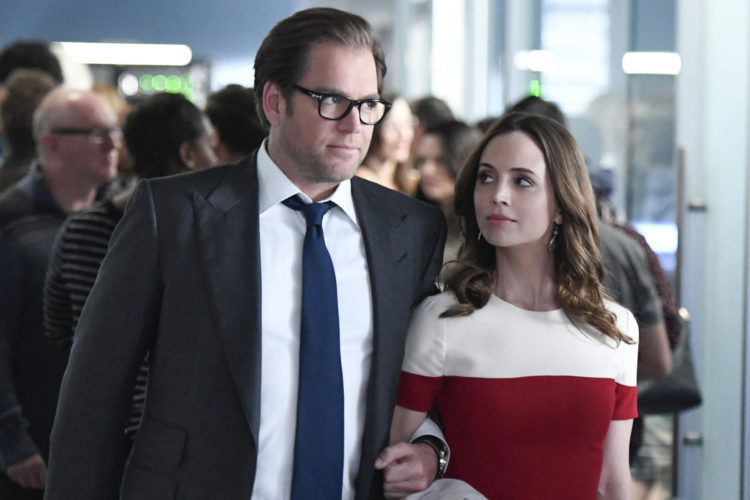 On one hand you might want to take a neutral stance just to avoid upsetting the wrong folks and getting in over your head in an argument you can’t hope to win. But on the other you might want to stand up and be heard just to voice your opinion. But in this case when it comes to sexual harassment claims supposedly made against Michael Weatherly by costar Eliza Dushku you might want to sit this one out since there are a few things that can be said on either side that make it less than certain of where to stand. While there’s no dispute that Weatherly did in fact say a few things that Dushku didn’t care for when she was in earshot, the other truth is that he did claim that they were jokes. This unfortunately, in this current era, is something that we don’t get to just dismiss and move on from. While he might have meant them as jokes Eliza didn’t think they were particularly funny and decided and confronted him about this. She was subsequently written off the show and still paid her $9.5 million that would have been what she would have earned had she stayed on.

So on one hand you have the fact that she did confront the man that she had problem with and called him for what he was saying, though without any other reference, meaning it’s only her word and the evidence that was presented, which backs her up, there’s still the idea of whether Weatherly was in fact joking and didn’t mean anything. Many would likely give an incredulous look to anyone that tried to defend Weatherly since in this day and age simply saying the wrong thing about a woman at times seems grounds for being sued or being called a misogynist. Joking about certain topics any longer is simply taboo and while it’s still not outlawed it’s becoming more likely get people in trouble. There is a dangerous precedent being set by this even if the things being said aren’t particularly nice or necessary. But in Dushku’s case she was paid and then asked to sign a non-disclosure agreement that forced her to remain silent about the matter. This could be seen as inherently negative if one thinks that it’s because the producers don’t want the show, Bull, to suffer in the ratings if she decided to have her say, or it could be positive, hard to believe, since it would keep the producers and Dushku from entering into a verbal back and forth that wouldn’t see any clear winner.

At this point Dushku has moved back to Boston where she attempting to get her life back on track and find her center as she continues her education. Her boast that she could have stayed in LA but need to find time to center herself so that she could help others is somewhat hollow to some since in the past several years she’s still been around but her influence in Hollywood has been lessening. She’s had a good number of prominent roles but at the risk of saying anything truly negative she hasn’t really grown as an actress and in many ways has seemed to be headed towards TV for a good part of her career. For a while it seemed that she just dropped off the map when she was younger since just last year she made it known that a stunt coordinator on the set of True Lies, in which she starred with Jamie Lee Curtis and Arnold Schwarzenegger, had molested her. The stunt coordinator denied this as you might expect and James Cameron has gone on record by stating that he would have shown no mercy to the coordinator had he found out. Unfortunately this leaves yet another story that should have and could have been told and used as a means of helping women in show business to stand up and let their voice be heard. There are many reasons to be frustrated in this world at this point, but stating that it’s frustrating that more women didn’t speak up at the time of their abuse is a good way to start an argument that won’t end. Dushku turned to drinking and drugs after being molested and  was messed up for a good number of years, though she did finally get help and straightened herself out.

So on the whole this issue is one that we’ve seen a lot of throughout the past few years and in truth it’s become a bit of an issue that we deal with on a regular basis now. Michael was definitely not thinking when he decided to joke around, but it also seems as though the whole landscape of show business has changed to the point that telling a joke, or even speaking in a certain way, has become grounds for legal action.