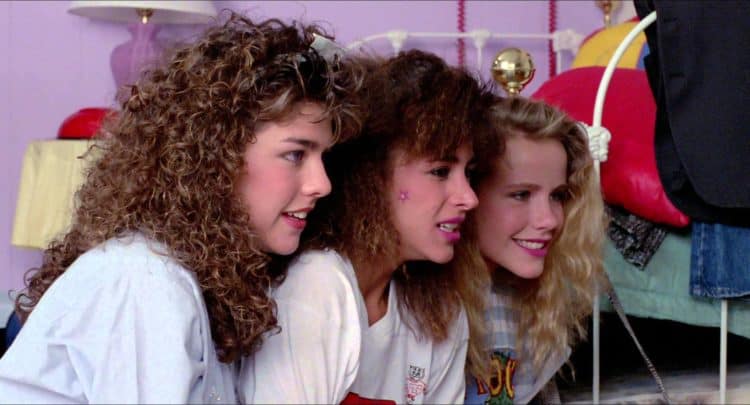 The 1980s were definitely a time in which a lot of stars were on the rise and a lot of hopefuls were out there grasping for any bit of celebrity status they could. Tina Caspary had a chance to be a part of something great, but it passed her by in a way that’s kind of heartbreaking even though it gave us a great TV show that endured for a good long while. In the 80s she was as close to being a teen idol as anyone could get as she did star in shows such as My Mom’s a Werewolf and Teen Witch. She even starred as the original Kelly Bundy on Married With Children but was cut and replaced with Christina Applegate before the show ever really got going. Her unaired pilot is one of the only bits of evidence that she was ever considered for the show, and now that it’s been off the air for so long it’s hard for anyone to do much more than shrug their shoulders and wonder at the importance. Thankfully that wasn’t the end of Tina’s career though since she did last up until 1994 when it came to show business.

Tina’s life became primarily about dance after a while it sounds like and this is where she’s ended up in life at this point. She’s done a fair bit of choreography for interested parties and has designed her own active wear as well, so one could say that she’s made a career for herself outside of show business doing what she loves. Plus she does have a net worth of $1 million so it’s hard to say that she hasn’t done much of anything when in truth she’s done quite well for herself in a very impressive way. The stars from the 80s were plentiful if you recall since there was usually someone on the rise and at least a half dozen or more individuals that looked or sounded as though they had something special that could keep propelling them forward. Once the 90s came about though the determining factors of who would stick around began to change and a lot of people began to drop off. Tina’s last moment in show business came in 1994, after which she finally parted ways with the business and went on to do her own thing. Since then she’s taken on a new look and lost a lot of that innocent teen star appearance that used to be so popular back in the day, and has really matured into a confident and very strong woman that has her head on straight and her life in order.

It’s easy to shrug your shoulders and move on from one actor to the next since there are so many out there and it’s not exactly a harsh or unforgiving thing to do since the world turns and everyone tries to do what they can to hang on for the ride. But now and then it’s a good idea to at least look around and realize that there were plenty of filler characters around at one point to help the greats become who they were, or to at least give us something else to look at apart from a selected number of individuals. Those same rules are still in effect, but extras these days don’t always tend to get the same kind of attention that they did back in the 80s. It’s a sign of change obviously and it’s something that happens continuously from one decade to another since those we deemed as important back then are today those that we don’t always pay much attention to either because they turned away from the spotlight for various reasons or because the spotlight turned away from them. But like it or not they’re still part of the pioneering group that helped to continually build and preserve the cinematic experience that we as the audience have been enjoying for so long.

At this time it doesn’t appear that Tina would ever consider coming back to the screen for much of anything as she has her family, her profession, and a life that she can be proud of to call her own. Who knows, it could be that a reunion of one movie or another might be enough to get her in an interviewer’s chair at some point, but as far as the big screen it does feel as though she’d rather stay away and do her own thing. It’s hard to blame anyone that had the chance and stepped away since as anyone in the business could likely reveal it’s a rough and somewhat cutthroat business at times and it gains an individual a lot more flak than the glory and promise of fame reveals most times. Sometimes it’s better to have been there for a brief moment and then walked away.