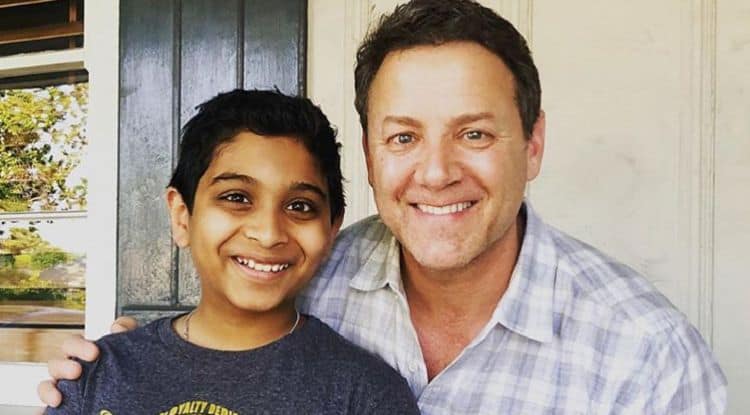 Tony O’Dell became a household name after playing Alan in “Head of The Class.” Although he had auditioned for the role, he never got a call back until three weeks later when casting directors failed to get an ideal candidate. He booked the part, and now that the series is being rebooted, fans of the show are curious to know what the cast has been up to for the last thirty years. Well, here is everything you need to know about Tony’s career as an actor.

Landing his most famous role in “Head of The Class.”

Tony O’Dell’s most famous roles are that of Alan in “Head of The Class” and Jimmy in “The Karate Kid.” Since the television series ran for five years, Tony’s popularity rose during those years although interestingly he would not have made it to that show. What is more interesting is that Tony’s character in “Head of The Class” had most people comparing him to Alex P. Keaton of “Family Ties” and Tony revealed that he would have played Alex.

According to his interview with Twin Flicks, he had auditioned twice for the role of Alex and got a callback, but then he never got the job. In the end, it worked out for the best because, after a while, he got to audition for “Head of The Class.” Upon reading the script, Tony discovered in a strange twist of fate that his character was so much like that of Alex P. Keaton.

As much as he admits the similarity in both characters, he does not appreciate those who have referred to Alan as “Alex P. Keaton’s knock-off.” He is, all the same, grateful that the character gave him a salary for five years running from 1986 to 1991 which helped build him the house in which he currently lives. Besides, he is only among the few actors who have managed to pull off a high school character despite their age. At the time he got on the show, he was 26 playing a 15-year-old Alan and when the show ended he was 31, but he does not come close to Barbara Streisand who at 41 played a teenager in the 1983 film “Yentl.”

His role in “The Karate Kid” still gives Tony goosebumps

Tony made his acting debut in 1978 through a television series titled “CHiPs” where he landed the role of a teenager. He even got to be on “Scooby-Doo and Scrappy-Doo” in 1979, and from then on, the actor was lucky to get roles every year in both television and film. Although his film career came to a halt in 1985 with the production of “The Karate Kid,” his television career was on an upward trajectory as he kept being featured in an episode of various shows. Still, of all the films that he played only “The Karate Kid” movies have remained etched in the memory of his fans.

When the movie was in the production phase, writers, producers and directors all thought it was not going to amount to anything. In one interview, Martin Kove revealed they all complained about the film’s title. Ralph Macchio tried as hard as possible to have the title changed because as the person playing the karate kid, he knew he would have to carry it for the rest of his life. The only person who thought about it positively was Ekins who said it was a beautifully-written script.

Tony recalls that rehearsals were like summer camp, where they would have dinner and listen to music; his favorite spot to hang out was the parking lot where he listened to Lionel Richie’s album. Unlike Ron’s manager who thought the movie would not going to have an audience and was heading nowhere, the director, John G. Avildsen, told them they were making a classic. True to his words, when Tony and the entire cast went to the movie’s premiere where they witnessed firsthand how much the viewers loved it, John once again confessed that they had made a hit. To this day, Tony still gets goosebumps whenever he remembers those moments.

What is he doing now?

With the “The Karate Kid” Tony has been made fun of for having only two lines in the movie but what fans did not know is that initially John wanted only four cobra Kai boys, but he liked Tony so much that he included him in the group hence the lack of a long script for him. Still, his talent had not gone unnoticed by other directors therefore when “Cobra Kai” was rebooted as a YouTube series in 2018, Tony came on the show reprising his role as Jimmy in one episode in 2019. The fact that the entire cast has remained great friends over the years helped with the casting process; Zabka disclosed that he only lives around the corner from Tony. Tony appreciates that they wanted him on the show, although at first he was not comfortable being in a fighting scene after all these years.

Tony got into acting as a child for fun and was not sure what he would do professionally, and after years of being an actor, he now prides himself as an acting coach. He encourages his students, who are usually in their early teens, to be all-rounded actors to avoid limiting themselves to specific roles. That kind of advice he taps from his experience of voice acting, even going as far as playing a crying baby in his forties. He also is a dialogue coach, helping the students learn their lines to ensure they know the dialogue and avoid mispronouncing of words. However, he also can be a dialect coach, teaching his students to speak in specific accents, but he prefers not to specialize in that since there are experts in that area.

As a Disney channel acting coach, one of his most prominent students is Zendaya whom he has coached for ten years since she was 13. Tony also uses his social media to showcase the success of his students such as on Instagram, where he praised his client Aryan for booking a role in a Netflix film.