Home
Entertainment
So What’s Corinne Olympios Up to These Days? 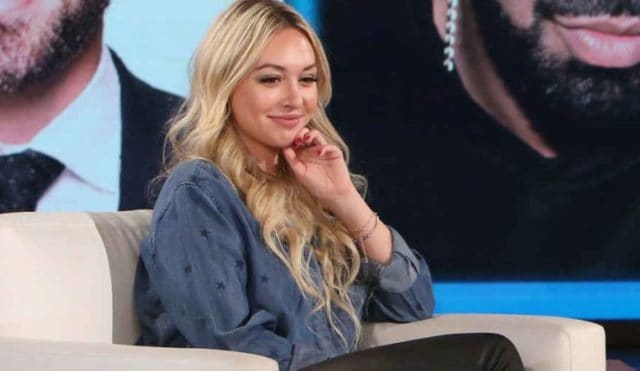 Some people might remember Corinne Olympios. If not, she was one of the participants on the fourth season of Bachelor in Paradise, which is the spin-off of The Bachelor and The Bachelorette that is set in various paradisaical vacation destinations. Furthermore, she was reported as the victim in a case of sexual misconduct that was supposed to have happened during the filming for the series, but following an investigation while filming was paused, it was announced that nothing had happened. Neither Olympios nor the other person DeMario Jackson returned to filming once the incident was cleared up, but they did make appearances both on their own and with one another in the live interviews with Chris Harrison.

So What Is the Latest News about Corinne Olympios?

Recently, Olympios’s name has come up in the news because she revealed some information about what happened to her relationship-wise after she had finished filming for the 21st season of The Bachelor. She didn’t win the season, but what happened was that one of her ex-boyfriends proposed to her out of what seemed like nowhere. The resulting engagement lasted for no more than three months, which saw the two of them revert to their previous patterns of behavior that had caused them to break-up in the first place. The whole thing was not helped by the broadcasting of the 21st season of The Bachelor, which put further strain on their already strained relationship. As a result, the two have since broken up once more, which was unpleasant but nonetheless the right course of action for both of them.

Of course, Olympios also spoke about some other matters as well. For example, she stated that she wanted a boyfriend who has gotten their life in good order but has no sense of cockiness whatsoever because that is something that bothers her a great deal when it comes to personal relationships. Furthermore, she spoke out about DeMario Jackson, with whom she has remained close in spite of the incident that caused a pause in the filming of Bachelor in Paradise. Simply put, they are good friends, but they are not involved with one another in a romantic sense. As for the rest of her feelings about what happened, it is interesting to note that Olympios has stated that she remains good friends with the producer who reported the incident as well, stating that the woman had good intentions for doing what she did even if nothing had actually happened during filming.

With that said, some people might be more interested in Olympios’s current pursuits in the world of business. For those who are curious, she has been chosen to represent Riot Society’s line for women, which is called Riot Girls. This makes sense because the line is a team-up between she and Riot Society, which happened because of the success of her own Team Corn line. Said clothing is supposed to reach the retailers sometime in 2018, which should make it that much easier for interested individuals to get a hold of them, seeing as how they will have the additional option of heading into their local retailers instead of being forced to buy them over the Internet.