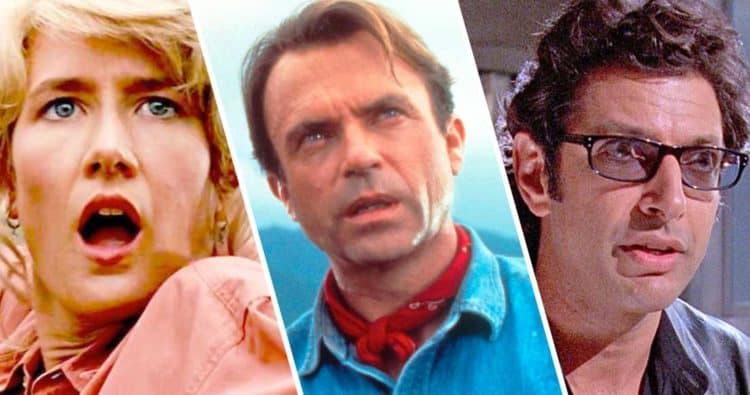 Sam Neill has made a great legacy that many people still don’t know about. Of course if you were to point him out in a film a lot of people would know exactly who he is. Dr. Alan Grant was perhaps one of his greatest roles and one reason why he’s considered such a great actor. But he’s done so much more in his life than this that people really do need to know just why this man is so much more than just an actor.

He had to learn to act at a very young age.

When Sam and his family moved to New Zealand he was only a kid. He had to learn very quickly how to adapt to his surroundings and to talk like his neighbors in an effort to fit in. For a kid this is so much harder than it might be for an adult sometimes, as kids can be far crueler simply through inexperience and the idea that something different from them is to be ridiculed. Of course adults do this as well, but for some reason kids are so much meaner at times, and the impact lasts for a great deal longer than it does with adults. So he had to learn quickly, and this is what he attributes his acting career to, having to fit into his environment so that he could adapt.

Acting is important, but it’s not what he loves the most.

Sam is a great actor and has put in some astounding roles such as in Jurassic Park, Bicentennial Man, Peaky Blinders, and the almost unknown In The Mouth of Madness. Yet for all the success he’s had, and he’s had plenty throughout the years, this isn’t the pinnacle of his life as far as he’s concerned. While he does love it and does enjoy hanging around actors, which is fortunate in his career, he enjoys simpler things, family, and the pleasure of being comfortable at home with those he cares about. Sam is definitely a man that loves nice and very elegant things, but he’s also a man that values purpose and an ordered way to life that he fails to see in today’s world in many facets. He’s been very outspoken about the politics of the world and is anything but complimentary when it comes to American politics. While some people might have an issue with this others would definitely applaud him for his views.

He cares a great deal about his vineyard and his animal friends.

Owning and operating a vineyard has become one of Sam’s biggest passions, and he’s done quite well at it. In fact the wine he’s produced has earned great praise from those in the industry that happen to know what they’re talking about. It goes to show that an actor can do more than act, and can even show many people that they are far more capable when off the set than some care to think about. He’s also quite serious in his care and affection towards the animals he keeps on his farm, as he gives them all the names of those he counts as his friends. The odd thing about this is that he gives them names so that they won’t end up on the dinner table, as he’s stated. That might sound strange to some, but many people have an issue eating anything that has a name, as it seems to indicate a level of barbarism that just isn’t acceptable. But while Sam is a meat-eater he does enjoy the company of his animal friends and will likely allow them to die of old age rather than anything else.

In essence what is most important to Sam Neill has little to do with acting or with being in the spotlight. His wine-making definitely takes the spotlight in his life and the joy of being a grandfather and trying to make a better future for his grandkids is something that sees as sacrosanct. Many would say that this is how it should be and they might be right. He’s a man that has found his priorities and for the most part has acted on them and made sure that he’s doing his best to simply life a fulfilling existence. Sam has been around long enough to know that there are many things in life that garner importance from others that are not necessarily permanent or even stable, but he’s found a way to deduce what’s most important in his life and how to enjoy it to the fullest.

Just a with any actor there are those that love the man and those that feel a different way about him, but many can easily agree that Sam Neill is perhaps one of the most understated and underrated individuals in the film industry. It almost seems as though he prefers it that way sometimes though.