Home
Video Games
What’s in the Future For Ubisoft’s “The Division” Franchise? 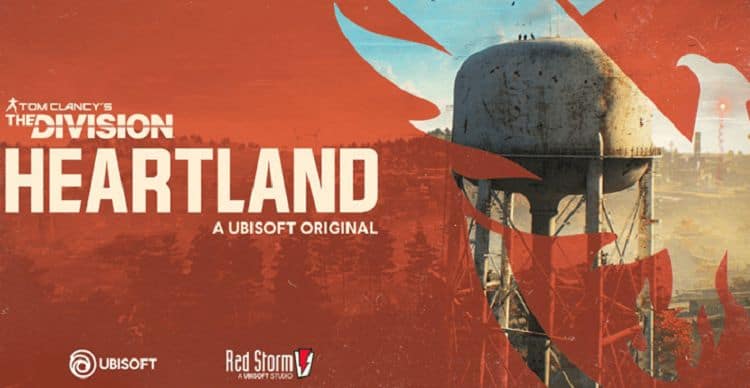 On May 6, Ubisoft gave us an update on The Division universe that detailed a bit about an upcoming free to play title called “The Division Heartland” that will be developed by Ubisoft’s own Red Storm studio. Here’s what Ubisoft had to say about the announcement: “While work continues on The Division 2, other Ubisoft teams have been exploring additional ways to introduce The Division to even more players. Today, we’re pleased to share that Tom Clancy’s The Division Heartland, a free-to-play game set in The Division universe, is in development at our Red Storm studio. Having worked on Tom Clancy games since 1997, its extensive experience across numerous genres and games, most recently The Division and The Division 2, makes Red Storm a perfect fit for this project. Heartland is a standalone game that doesn’t require previous experience with the series but will provide an all new perspective on the universe in a new setting. The game will be made available in 2021-22 on PC, consoles, and cloud.” This was an incredibly surprising move by Ubisoft, especially given that they’re trying to keep The Division afloat by continuing to update The Division 2. If you’re interested in participating in the early test phases of the game, you can sign up here.

While we were already aware that The Division was getting a movie, Ubisoft also has recently announced that Rawson Marshall Thurber will be heading it up as director of the film. The Division movie is currently in development with Netflix and Ubisoft Film & Television, and is inspired by events of the original game with both Jessica Chastain and Jake Gyllenhaal set to star.

A movie isn’t the only thing in the future of The Division, as Ubisoft also revealed that the movie is just the first step in a “broader plan to expand The Division universe’s transmedia offerings.” Along with this news, Ubisoft revealed that an original Division novel will be on the way from their publishing partners at Aconyte. “This new story is set after the events of The Division 2 and explores how the Outbreak affects different regions of the United States as agents fight to secure supply routes.”

As far as games go for The Division universe, it doesn’t look like we’ll be getting a Division 3 anytime soon, as Ubisoft seems to be entirely dedicated to updating The Division 2 and developing new content for the game such as an entirely new game mode for The Division franchise, as well as “new methods for leveling your agents with an emphasis on increasing build variety and viability.” While a new game mode and an entirely new way to level your characters sounds like something that should probably come with a threequel, it seems like Ubisoft wants to go all in on The Division 2 in a similar manner like Bungie is doing with Destiny 2. I’m not really sure if this is really the way to go, but who knows – it seems to be working (kind of) with Destiny, so it might be able to work with The Division. (Yes, The Division Heartland is kind of a sequel to The Division 2, but it fits in between Warlords of New York and the new Division 2 content coming soon, so I don’t really know if it can really be called a sequel.)