Home
TV News
What’s It Like to be a Full-Time Reality TV Star? 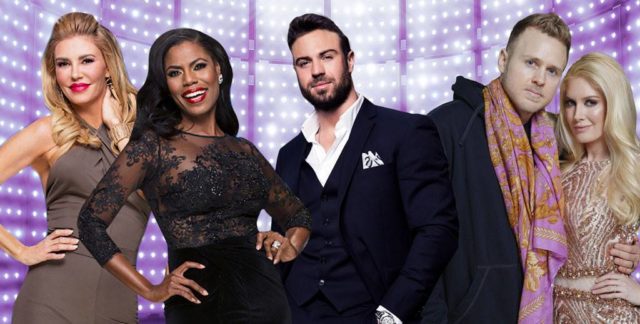 Quite honestly after looking at the careers of several full-time Reality TV stars it really seems like their only job is to get people to pay attention to them for being, well, less than pleasant. Whether it’s just an act or this is how the stars really are off screen it’s kind of confusing to think that putting someone with the looks and possible appeal in front of the cameras is what makes people like them. The thought that this is all it takes is enough to give a person a migraine trying to figure out why people enjoy these kind of shows. Even more agonizing is wondering how in the world anyone can think they’re real.

It might seem critical but going by what has been seen of many of those reality stars that have been through the system more than once they make their money off of being some of the most controversial and morally bankrupt people they can be in some cases. Granted, not all of them are this bad and with some it’s just a stage act that gets them paid, but why anyone buys into this kind of show is still hard to fathom. Reality TV isn’t exactly real, it’s a staged show that people tout as being ‘real’. Get that? It’s a bunch of actors pretending to be living real lives and trying to do something real within whatever show they’re currently on. And what’s more, a lot of these people have been on multiple shows that are just as insipid and hard to stomach as the ones that got them ‘famous’. Not a single one of them, even if they’ve lasted for multiple seasons, has been something that a multitude of people will remember. The shows they came from, people will remember those, but the shows they starred in as the result of a spin-off, I’m betting that eight out of ten people couldn’t tell you anything about them.

And yet this entire Reality TV thing has become its own genre in a way, a supposed smash hit that people are just dying to see at times. Personally I groan when I catch a glimpse of a show before changing the channel. It’s simply too hard to understand what people see in these shows and how in the world they could expect them to be real when in truth they’re more fake than the sitcoms and other shows that run on a daily basis. I will admit that some of them seem to have some sort of appeal since they do happen to target certain groups of people, but overall Reality TV is the kind of thing that allows those who want to think they’re popular to leech off of anyone and everyone that will give them a chance.

Now keep in mind, this is my own opinion on Reality TV, and many other people have their own. That’s great, we can all think what we want, but really, these folks aren’t actors, and in some cases they barely seem like real people.