Home
Entertainment
What’s Next For the Russo Brothers After Endgame? 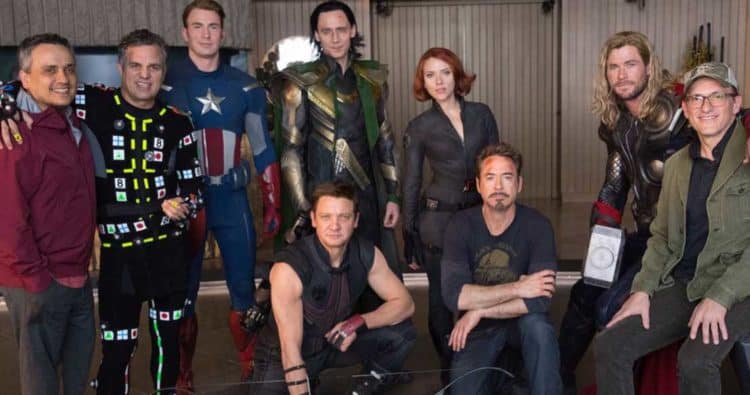 If you go by what you see from Kevin Burwick in MovieWeb then it would seem that the Russo brothers are going to start switching back and forth between the MCU and smaller projects that might catch their attention, and there’s plenty left in Marvel’s stores that can bring them back from time to time. Their success with Infinity War and Endgame has propelled them forward to a point at which there’s not a lot left to do at the moment in the company, at least not at the moment, that would even come close to rivaling what they’ve accomplished. If not for the rights to certain characters having been secured by Fox before the merger, Infinity War could have been even bigger and Endgame would have been an all-out melee without any seeming end to the number of heroes that could have been brought in from the Marvel ranks. Heck, even villains took place in the Infinity Gauntlet, but again it’s kind of hard to be that inclusive when Marvel didn’t have full access to all the characters.

Despite this setback the Russo brothers made do with what they had and created a very emotional and inspirational presence within the Marvel universe that is bound to be remembered for some time no matter if they decide to come back or not. So far the intention is that they will return eventually, but there’s going to have to be a great enough story in place for them to really embrace the MCU again, and there are plenty in the wings that have earned this type of distinction. There’s a rumor that Kieran Fisher from Film School Rejects has reported on that the brothers could find it interesting enough to take on the remakes of The Thomas Crown Affair and Poltergeist, but nothing has really been confirmed as of yet. It’s with a heavy sigh that I think that if the Russo’s go down this road it won’t be much of a surprise since the thing to do these days is take an old movie and reboot or remake it without looking at the many possible ways that the original could be improved on, altered, or simply seen as a resource to pull from in order to make a new and innovative movie. One would hope that the Russo’s would take this direction with anything they’re given that’s been dubbed a remake but as we continually see in Hollywood things just don’t go that way.

Instead of being new and innovative a lot of directors tend to follow outdated concepts and ideas that were rejected when they were brought up years ago. One could argue that it’s a trial and error basis when it comes to movies, but that seems like a rather expensive trial and error that has no guarantee of a return. That’s the movie business in a nutshell however, directors and producers have to pander to the audience, who don’t always know what they want, in an effort to strike gold and create the kind of magic that will keep them coming back. For the Russo’s it seems that this could come in the form of Secret Wars, the X-Men, or even the Fantastic Four since all three are capable of telling a great story and creating an epic that the Russo’s would no doubt be willing to take on.

Just in case anyone doesn’t know or forgot what Secret Wars was all about, James Whitbrook of Gizmodo is happy to fill you in since it’s another epic that would by necessity cross over a bunch of different story lines and include a number of heroes and villains that would come together for a free-for-all that would be mostly to appease the Beyonder, a being of great and unimaginable power that was amused and excited by the number of powerful individuals he found on earth. Looking at the MCU’s timeline it seems that they already have this one in the works, but if they over-simplify it then it will be bound to go down as one of the least popular Marvel movies in existence since the crossovers are one of the best parts as it allows the fans to see their favorites all together. The Russo’s could no doubt take this story and make it into at least a two-part saga that would be every bit as effective as Infinity War and Endgame since the number of combatants that would need to be pulled together would create an effect that would likely have people dashing to the theater to catch even a glimpse of the movie to come. Until that announcement comes along though it would seem that they’re going to be working on smaller projects that are bound to take them out of the big-time for a little while. They’ll be back though, without a doubt.