Home
TV News
What’s the Deal With the Haircuts on Peaky Blinders? 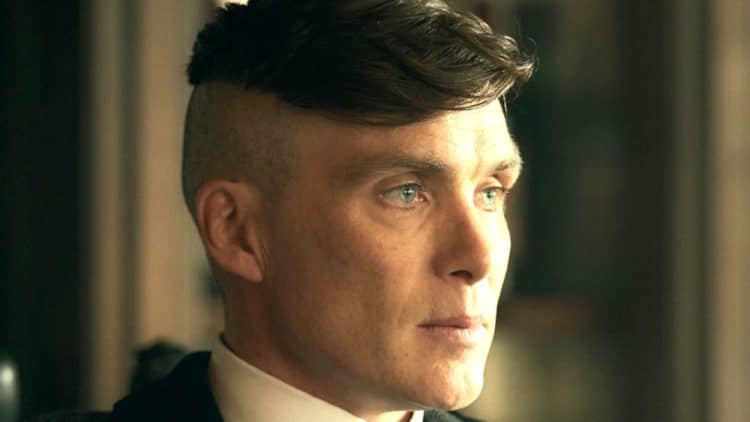 A lot of folks would state that it’s necessary to know the history of anything that’s put into a show or a movie, and that means just about anything and everything that’s going to be seen by the audience. In a lot of cases, historical accuracy is sometimes sacrificed for one reason or another, as it’s been seen with many tales that are based upon actual stories but end up being mangled. In Peaky Blinders, this has happened as well since the notorious gang isn’t quite the same as it was during their actual existence, but there are a few things that have been kept the way they were back then, and surprisingly enough, the hairstyles are one of those that people have noticed. The undercut that the gang members sport has become quite the popular haircut in this day and age, and like many trends, it did begin with the show. The undercut is a hairstyle that’s come and gone throughout history in terms of its popularity, but thanks to the show it did make another appearance as it’s fairly stylish, but a lot of people might not know the history of it, and that’s one thing that star Cillian Murphy finds kind of silly to be certain.

Hair is something that people tend to take for granted a lot of the time when it comes to styling it, keeping it out of the way, and getting it historically correct. In recent months and even years, certain hairstyles have even been accused of being a part of cultural appropriation due to the styles being found in various parts of the world. Braids of all types have been a huge issue since some folks have decided to state that it’s problem because of the intricacies of the knots and the manner in which they’re tied, which is fairly ridiculous since multiple cultures have sported various hairstyles that are influenced by culture, by what they’ve seen, and what is desired or considered to be popular. But the undercut is something that was utilitarian as well as stylish back in its day when the Peaky Blinders would have worn it since it served a couple of valuable purposes. Think about what the Peaky Blinders were about back in the day, or what any gang had to be about at times in order to survive. Street fights are notoriously nasty because there are no rules, no expectations of fair play, and definitely no holds barred when it comes to what a person will do if they feel the need to gain an advantage over an opponent. This means that anyone with long hair or anything that was long enough to grab would be a distinct disadvantage since like it or not, hair-pulling is something that comes into play when two people are looking for any and every advantage, since pulling a person’s hair can give another person a great amount of leverage over their opponent. Unless one’s hair is torn out by the roots, which can happen and is quite painful, the other person will have the advantage of being able to yank their head one way or another. It’s not a great way to fight, but the pain and the leverage it affords the other person is hard to ignore. So cutting your hair short was a way to avoid giving the other person a decided advantage.

Another advantage to the undercut is the fact that lice have been a huge problem over the years, as there’s a reason that most schools will have lice screenings to ensure that there isn’t an outbreak that will affect everyone within the vicinity. Long hair is, unfortunately, a haven for lice since it becomes much more difficult to eradicate the pests when one has long hair than if the hair is shorter and offers fewer places to hide or lay eggs. Short hair isn’t a perfect fix-all to the problem obviously, but it’s far better to cut one’s hair short in a situation where lice might be present than to keep it long and scratch your own scalp until it bleeds. The methods used to eradicate lice back in the day of the Peaky Blinders weren’t bound to be that effective if in fact anyone even used the method since lice was still a very big problem at that time. But the fact is that the hairstyle is historically accurate, meaning that someone did their homework or got lucky. It’s nicer to think that it’s the former than the latter, especially since those making a period piece are better off actually studying the era and getting it right. Cillian Murphy admitted that he didn’t really enjoy the hairstyle as he prefers his hair a bit longer, but even he couldn’t help but laugh at the fact that many people getting the haircut didn’t know the reasoning behind it.