Home
Movies
When Will We Get To See George Miller’s Three Thousand Years of Longing?
Prev Article Next Article 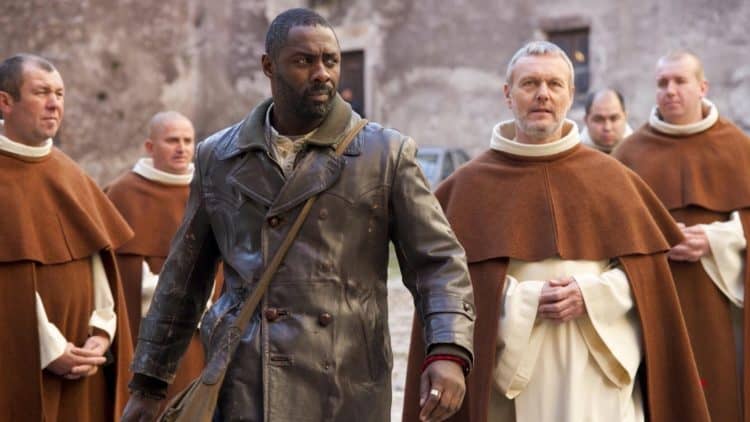 Quite a few productions have been placed on hold thanks to the coronavirus, and George Miller’s movie, Three Thousand Years of Longing, is in the same predicament at the moment. While all we really know of the story, thanks to Jon Fuge of MovieWeb and others, is that it will be starring Tilda Swinton and Idris Elba, and will be about a single woman attempting to find a way to change her life. She’s set to find a magical lamp that will release a magical djinn that will grant her three wishes, so in a way it does sound like a more adult version of Aladdin as Jon is talking about, though nothing else is really known about the movie at this point so claiming anything else is difficult to impossible. What is known however is that Miller’s reputation is great enough that hearing that he’s working on a project that’s been rattling around in his head for a while is easy to get excited about since it’s had plenty of time to sit and to hopefully develop into something that won’t give him too much trouble when it comes to translating to the screen. This was easy to see when he came up with Mad Max: Fury Road, a movie that many people are hoping to see followed by another one eventually since the groundwork is there and has been laid beautifully to invite another story.

With the current issue of the COVID-19 virus making such a mess of things however it’s hard to say when we’re going to see Hollywood continue to crank out one hit after since most movies can’t really benefit from social distancing considering the size of cast and crew that major motion pictures require. At the moment though large congregations of people are heavily frowned upon, and the fact that Idris Elba was one of those to contract the COVID-19 virus is a good reason to stall production since the spread of the disease has been quick enough and doesn’t need to be shared even further. At this point pretty much anything and everything has been shut down as people see it and there’s no telling just when anything is going to get back to what we consider to be normal. Theaters are closing down, studios can’t get back to work, and many people are starting to wonder just what’s going to happen with those movies that were slated to release soon. A good number of them have been postponed for up to a year while others are still in question as many people are wondering why streaming hasn’t been seen as a viable option. The money that studios stand to lose by not having the box office to depend on however is one reason why streaming isn’t seen as the answer. Cynthia Littleton and Elaine Low of Variety have more to say on the matter.

When we finally get to see Three Thousand Years of Longing will depend on when studios can go back to work and how many people will still be able to mingle with others when life finally gets back to its usual, hectic pace. One thing that’s kind of obvious at this point is that life will change before it gets better, and while that could be a good or a bad thing it will no doubt affect how people behave and react to their surroundings and to each other since this pandemic has scared a good number of individuals and has made many of them focus only on certain aspects of the disease. One good thing that might come out of this is that Miller might have some extra time to make sure the story is bound to go the way he wants. In a way it does sound like a story that might be taking heavily from another, but then again the story of the djinn isn’t one that’s bound to any one tale as the legend of such a magical being has been able to be adapted in several ways throughout this history of Hollywood given that there’s a lot of gray area within the legend that can be utilized, and a lot of creative leeway that can be allowed in order to create a convincing and sometimes touching tale that might be able to differentiate itself from others.

The fact that there’s not a lot of information on the story at this point isn’t too surprising since it means that it could be kept firmly under wraps due to being almost finished, or it might need a few tweaks here and there to really become a finished product that’s ready to go. In any case with Miller at the helm it’s likely to be a story that fans will be able to get behind since his storytelling abilities are obviously good enough to keep the attention of the audience.